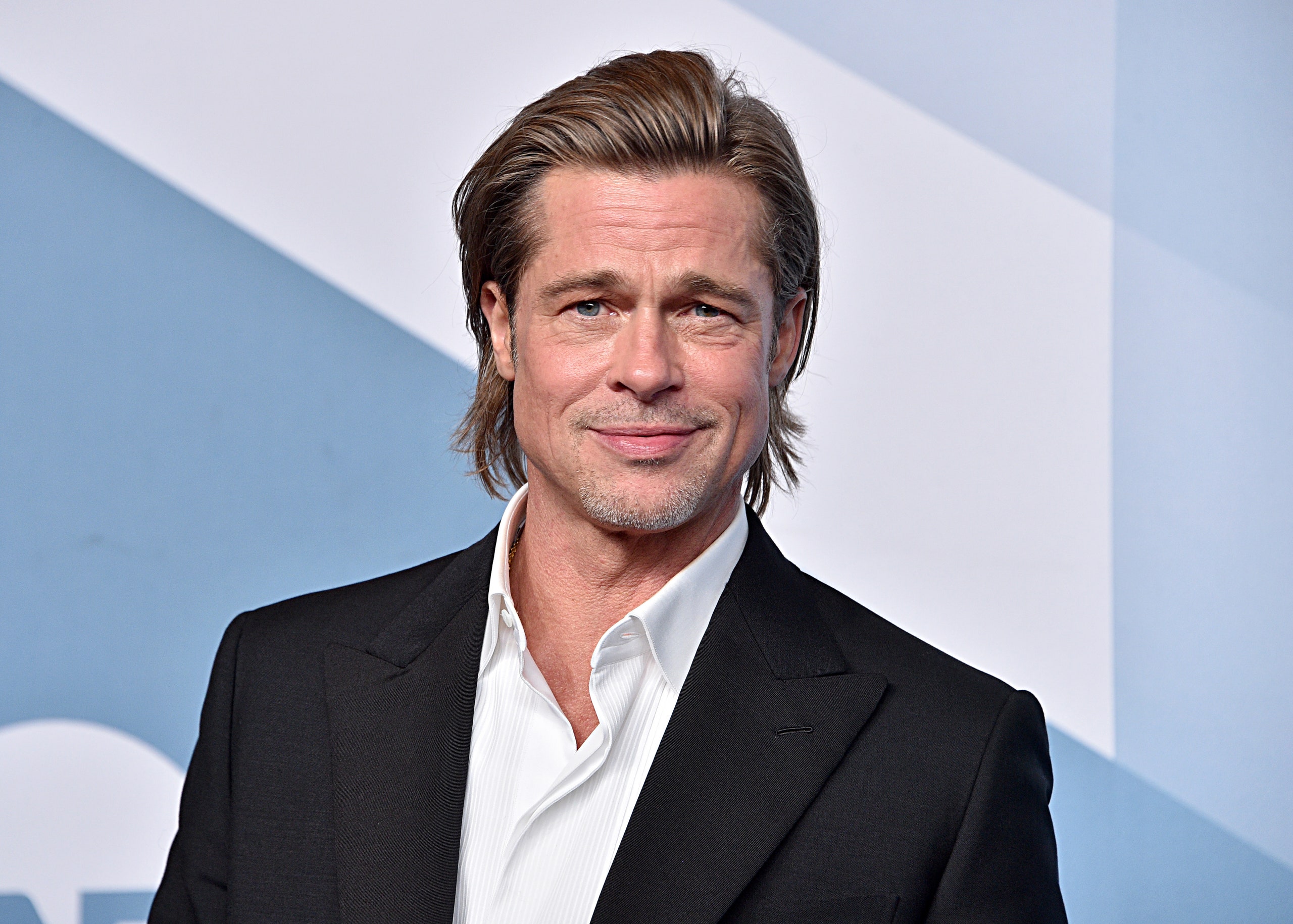 Brad Pitt may be an A-list actor, but he proved he's also a man of the people last week when he headed down to South Central Los Angeles to help hand out groceries to low-income families ahead of Thanksgiving.

In photos obtained exclusively by the Daily Mail, the actor, who was dressed casually in a flannel, white tee, and jeans, can be seen lugging boxes, driving a cube truck, smoking a cigarette, sharing a laugh with his fellow volunteers, and generally having a good time while helping out. His blue surgical mask seems to have kept fans from identifying him as he worked tirelessly for hours passing out boxes of produce. At one point, his friend, British artist Thomas Houseago, even stopped by, giving the actor a long hug before pitching in himself.

An eyewitness, who was very taken with the actor's altruistic behavior, told the outlet, “Brad really did seem like a hero, the man did not stop all day. Just seeing him driving a big truck in South Central LA during COVID times was in itself amazing. He was completely committed, you could see it wasn't a case of him turning up and showing his face. He had his gloves on and he was involved as much and probably more than anyone else there. His heart was in it and it was just a hats-off moment. It seemed like it was the real Brad Pitt, which we don't really ever get to see. He was there between three and four hours and he would only stop every hour or so to have a quick three-minute break to smoke a cigarette and then he was back at it.”

They went on to gush that, “He was grabbing more boxes than anyone there and then carrying probably six boxes at a time on a cart. He did that non-stop and towards the end when all the boxes had been unloaded he was handing them out to the people in line. There was zero swagger, when he went out to hand over boxes to the crowds he had his mask on. Most people in the crowd probably didn't know who he was. At the end, he took his mask off when he was chatting to all of the volunteers at the back of the truck after those lining up for food had gone. It wasn't about glory, you could see he was doing it for self-satisfaction. It really felt like he was in his element.”

Another source seconded that extremely positive perception of the Oscar-winner adding that, “It was Brad Pitt like you've never seen him, with his guard totally down, laughing, joking and chatting” and he “didn't seem to have a care in the world.”

As if all of that weren't enough proof of Pitt's extremely down-to-earth behavior while volunteering, the source said that he also ate only a “really basic” meal of what looked to be scrambled eggs and mashed potatoes out of a styrofoam to-go box with a plastic knife and fork. And if that's not the behavior of a hero, what is.