Though the band’s new album, The Battle at Garden’s Gate, out this week, doesn’t reject classic rock, Josh and Sam Kiszka say they are more excited by “youthful energy.” 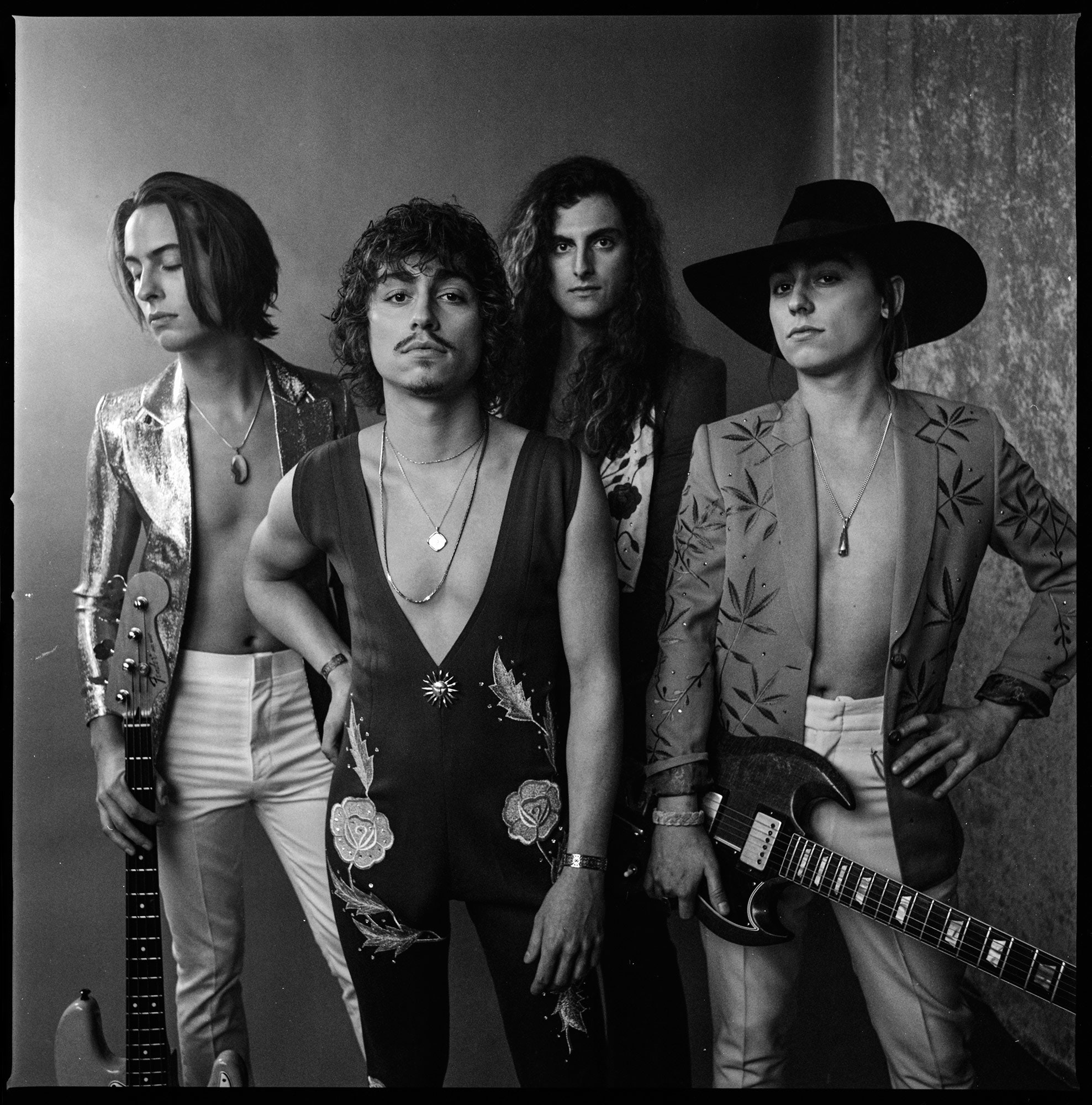 In October 2018, the Michigan band Greta Van Fleet released their debut full-length album, Anthem of the Peaceful Army, to high sales figures and a wave of backlash, two unusual things for a group of musicians barely out of their teens. In the same week that the album sold over 80,000 units and landed at number three on the Billboard 200, it occasioned a striking instance of dude-on-dude combat over what exactly it means to make classic rock in the 21st century. A humorously overblown negative review on Pitchfork derided their midwestern-basement devotion to Boomer heroes. It was soon followed by a brutishly impassioned defense from Barstool Sports, who asked, “Did Greta Van Fleet Fuck Somebody at Pitchfork’s Girlfriend?”

By the time their Saturday Night Live debut was met with quite a bit of online confusion, a mere two weeks before they took home a Grammy for best rock album, they were the strongest piece of evidence that the elusive spirit of 1970s rock and roll was back for the umpteenth time—and an easy target for people who thought that it maybe shouldn’t be. Still, the fans kept coming, and now, after a world tour that saw them play for crowds numbering in the thousands, a few years off to regroup, and a move to Nashville, they’re back with The Battle at Garden’s Gate, out today.

For the guys of Greta Van Fleet—brothers Josh, Jake, and Sam Kiszka and childhood friend Danny Wagner—the moment when they became a polarizing force was a little confusing. In a recent interview, singer Josh and bassist Sam looked back on the period and laughed. “It is part of the fun,” Josh said, before dropping into a Ringo Starr–esque brogue. “We’re big stars, you know.”

It’s easy to expect that musicians associated with mythmaking and a degree of technical mastery would be deadly serious, but above all, they’re impish guys in their early 20s. Together, Sam and Josh speak in the cadence of an adult cartoon, with altered tones to indicate sarcasm and an infectious and iterative rapid-fire patter of jokes. In casualwear, each drinking a glass of white wine, they expressed a bit of appreciation for the Pitchfork review in particular. “We love that shit, when people tell us that we’re doing something that we’re not doing,” Sam said. “A misinterpretation or whatever.”

That feeling of misrecognition might have been inevitable, simply due to the circumstances that drove their rise. They started the band in their young teens after years spent digging into their father’s record collection and doing what Josh called “Huckleberry Finn stuff” in the rural area around their hometown of Frankenmuth (population 5,274). They eventually built a following by performing at nearby bars and venues. Then, over the course of 2017, they gained steam on rock radio stations—the type that don’t always have room for new music—eventually reaching the top of the Billboard genre chart.

Josh explained that they weren’t exactly trying to save rock and roll when they started making music. “It’s sort of like a monkey jamming a square peg into a circular hole,” Josh said of attempts to view their work through the lens of their predecessors. He laughed. “You idiots, it doesn’t work!” He said that the impulse to start a band together did come from organic exposure to the music they listened to growing up, but it wasn’t a cynical ploy to rob from the past. “It was just us all coming up together and being turned on to the same things,” he said. “Having the inclination to create yourself, and provide something new that doesn’t exist.”

It’s been difficult to get that message across to an industry that likes to reproduce what has succeeded in the past. Though their stagewear does tend toward the psychedelic and ornate, they decided to start designing their own costumes in part because stylists didn’t quite get that they didn’t want to dress in, as Josh said with a comical sneer, “vintage attire.”

Sam agreed. “They always tried to put us in bell-bottoms or these ridiculous outfits. It’s, like, no, that’s been done a million times over,” he said. “All of our outfits that we wear onstage are custom made, and I think they’re all very modern.”

Still, they are fascinated by the legacy of the people who made classic rock, so it wasn’t a surprise to hear what they’ve been up to since the pandemic put their plans for a 2020 arena tour on hiatus. In between RV trips to Los Angeles to finish the record and time spent on a lake near Nashville, Josh and Sam spent some time brushing up on their Boomer history. Josh read a book about the early days of Rolling Stone (“incredible”), while Sam said his best pandemic discovery was the work of Joan Didion, especially the White Album, a collection that includes several pieces which skewer the myths of 1960s youth culture.

According to Josh, their interest in the time is complicated. “That whole flower power movement was thinking, We’re going to build a new world, a better world, a world without war, it’s going to happen! And it didn’t happen,” he said. “It’s a slightly tarnished landscape.”

Josh and guitarist Jake were born in 1996, drummer Danny in 1998, and Sam in 1999, so they are members of Generation Z. (“And we’re very, very fucking proud,” Sam said.) When asked what it means to them, Josh and Sam both mentioned the demographic’s more obvious perceived attributes—progressivism, respect for the environment, and race-consciousness—but also discussed why they think that generalized anxiety about the future that has galvanized young activists.

“It’s using that youthful energy to kind of fight against what we think is wrong. I think that’s what it is. We have the hindsight of our previous modern generations,” Sam said. He added that at first he thought a whole generation named after the last letter of the alphabet was foreboding, but he came to understand its accidental wisdom. “Gen Z doesn’t necessarily mean the end of humanity. It kind of means the end of this humanity,” he said. “A lot of stuff that we will deal with, generationally, I think that that will set up the new world.”