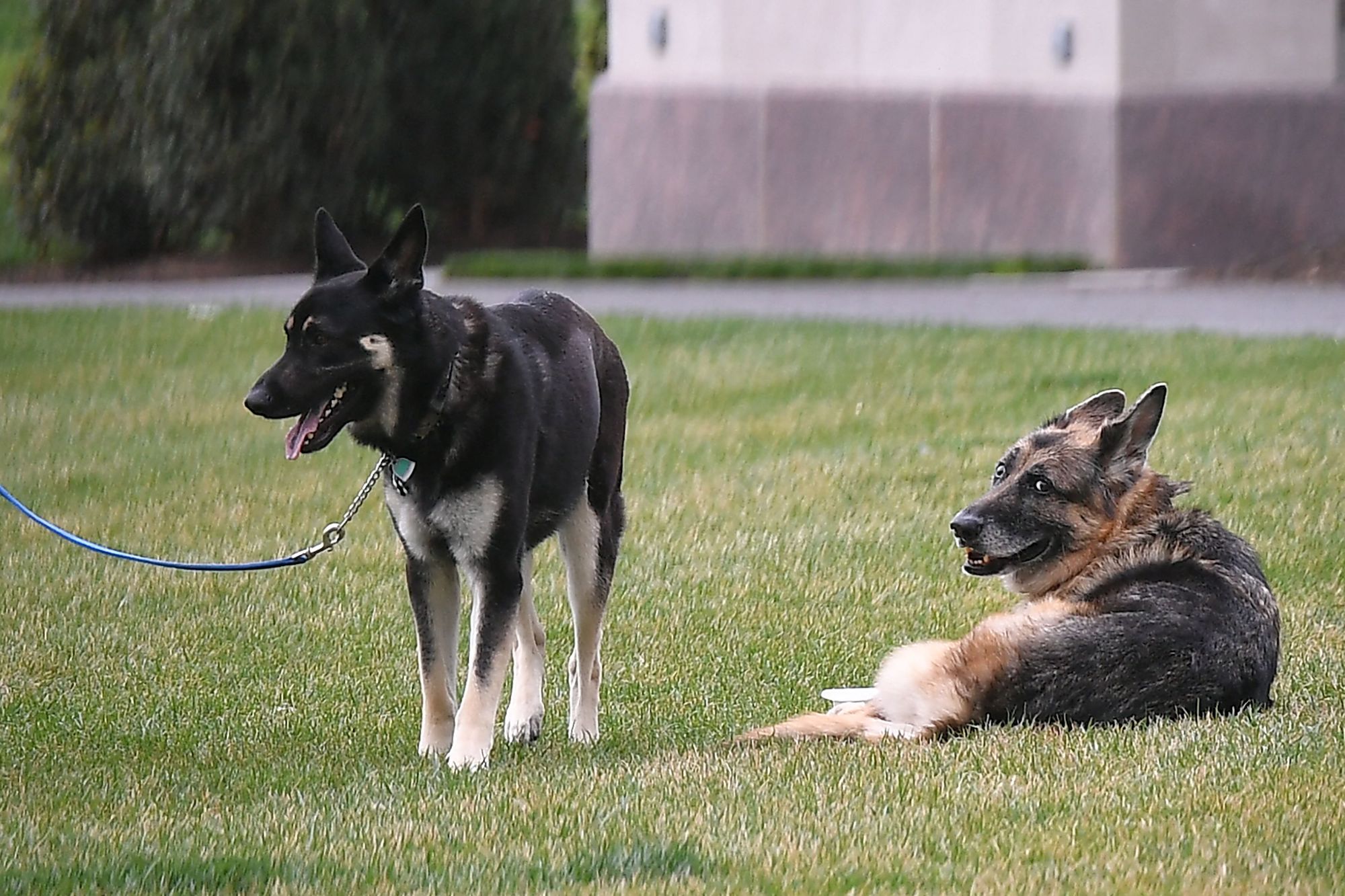 By MANDEL NGAN/POOL/AFP via Getty Images.

For the last several years, conservative group Judicial Watch, along with many a right-wing Republican, devoted countless hours in an attempt take down Joe and Hunter Biden for alleged crimes that took place abroad. Filing at least a dozen lawsuits and “dozens of Freedom of Information Act requests,” the organization, which spent years tormenting Bill and Hillary Clinton by “carpet-bomb[ing] the federal courts,” said as recently as last month that it was “working hard to get more information on the Biden Family scandals.” Unfortunately, thus far, their efforts have yielded little in the way of actual information implicating the president or his son. And so, the group has apparently decided to expand its investigation to other Biden family members. Specifically, Champ and Major Biden. Yes, the president’s dogs. No, this is not a joke.

In a press release issued on Tuesday, Judicial Watch announced that it had filed a lawsuit against the U.S. Department of Homeland Security for “records of communication between Secret Service officials assigned to the White House regarding the Biden family dogs.” The suit was filed after the Secret Service, which Judicial Watch apparently thinks has nothing better to do, “failed to process records in a timely manner in response to a March 10, 2021, FOIA request.” That request sought “All records of communications between USSS officials responsible for protection at the White House regarding the Biden family dogs, named Champ and Major,” and was apparently inspired by the news that Major had nipped at two individuals at the White House. In a statement, Judicial Watch president Tom Fitton said, “The public has a right to know the details about any incident in which Secret Service personnel were injured by President Biden’s dog. We have no doubt that Major and Champ are good dogs but politicians and bureaucrats can’t be trusted.” Seriously.

Last month, Major was sent away for a second round a training after nipping a Secret Service agent’s hand in March and then a National Park Service employee in April. It’s not clear, exactly, what Judicial Watch believes it may uncover through this not-at-all waste of taxpayer dollars, but strong possibilities likely include:

At the end of April, the Bidens announced that they will soon be adding a cat to the first family. But where did that cat come from? What skeletons are in its closet? Hopefully Judicial Watch will be on that case too.

In other Giuliani news

The guy could apparently use some cash, but his notoriously cheap pal has not offered to cough any up, per The New York Times:

As a federal investigation into Rudolph W. Giuliani escalates, his advisers have been pressing aides to former president Donald J. Trump to reach into a $250 million war chest to pay Mr. Giuliani for his efforts to overturn the results of the 2020 election on Mr. Trump’s behalf. The pressure from Mr. Giuliani’s camp has intensified since FBI agents executed search warrants at Mr. Giuliani’s home and office last week, according to people familiar with the discussions, and comes as Mr. Giuliani has hired new lawyers and is facing his own protracted—and costly—legal battles.

“I want to know what the GOP did with the quarter of $1 billion that they collected for the election legal fight,” Bernard Kerik, the former New York City police commissioner, wrote on Twitter on Sunday. Mr. Giuliani appointed Mr. Kerik when he was mayor of New York. Using expletives, Mr. Kerik added that “lawyers and law firms that didn’t do” much work were paid handsomely, while those who worked hard “got nothing.”