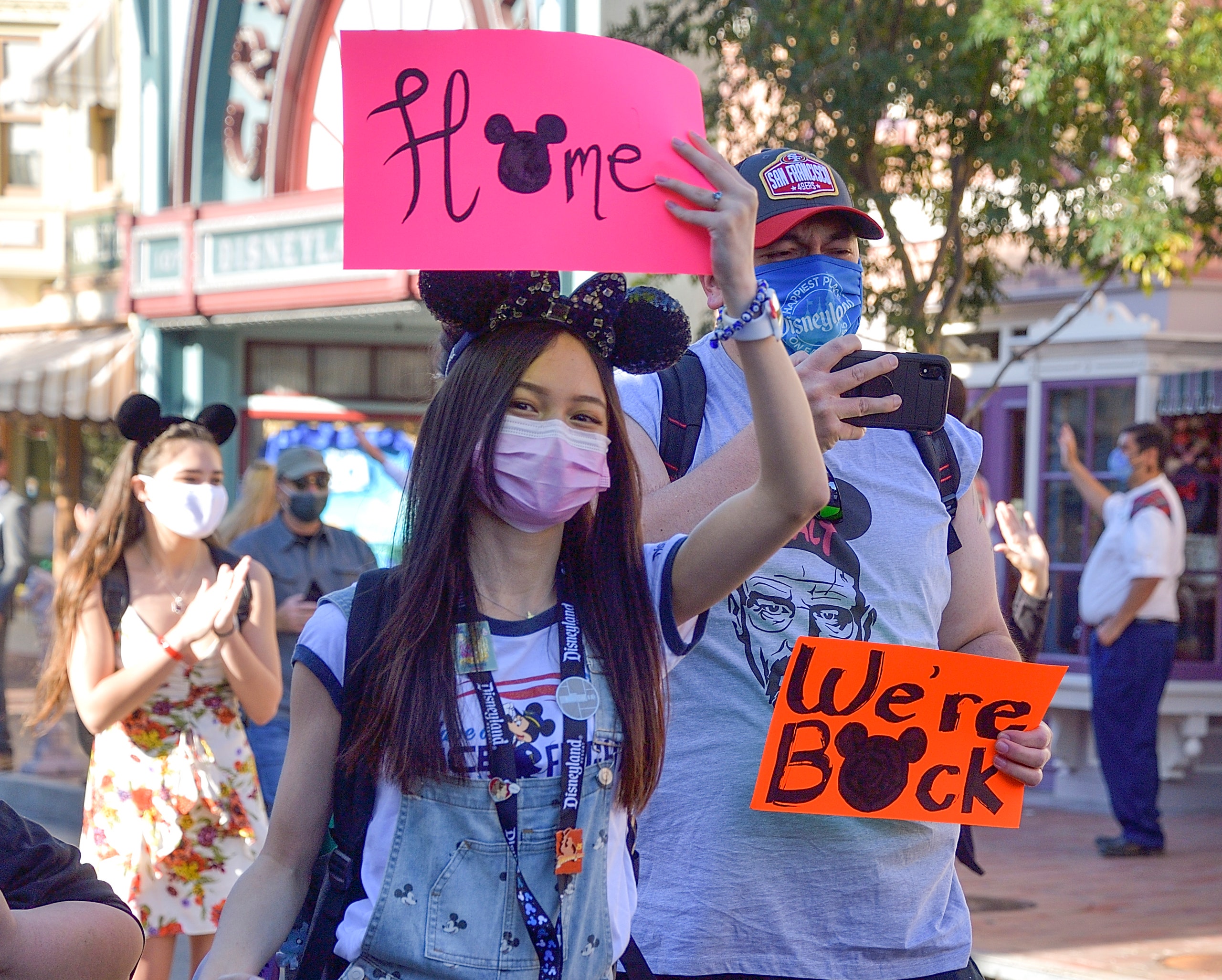 It is the happiest place on Earth once more.

As coronavirus cases plunge in California, the teacups are once again spinning, the characters are posing for photos, and the farcically oversized turkey legs are causing indigestion at Disneyland in Anaheim.

As the Associated Press noted, park visitors on Friday were greeted on Main Street with smiles, but also banks of sanitation stations and reminders to stay masked.

Caroline Beteta, the president of the tourism organization Visit California, called the reopening "a symbolic nature to really quantifying that we’re finally rolling out of COVID." While the nation's most populous state had high infection rates in January, experts say the current low numbers are due to "rigorous state regulations and that combined with mask wearing, cautious reopening plans, social distancing, and a focus on vaccination." As interstate tourism is still being discouraged, the current push is to remind Californians about the opportunities in their own backyard.

At the newly reopened theme park, guests will be required to wear masks, and can only take them off to eat in designated areas. Hugs and handshakes with the costumed characters have been traded for friendly waves, and the parades and fireworks displays remained nixed for now. Lines for rides that normally snake through an indoor pavilion are being spaced outside.

For now, the park is maintaining a 25 percent capacity, which may entice some families who normally avoid the place due to those discouraging lines. The reduced admittance, however, has resulted in a a suspension of programs like Fastpass, MaxPass, the single-rider lines, and Extra Magic Hour, according to rigorous research by theme park bloggers.

Friday also saw the debut of an updated Haunted Mansion ride, which was in development prior to the 2020 shutdown. (The "neon ghost champagne" is much more notable, says one report.)

Sadly, the shutdown did not magically bring back the Country Bear Jamboree. That's still just at the one in Florida for some reason.