content-header__row content-header__hed” data-testid=”ContentHeaderHed”>Evan Peters Needed a Hug After This Week's Mare of EasttownThe show's director Craig Zobel takes us behind the scenes of Peters' big moment. 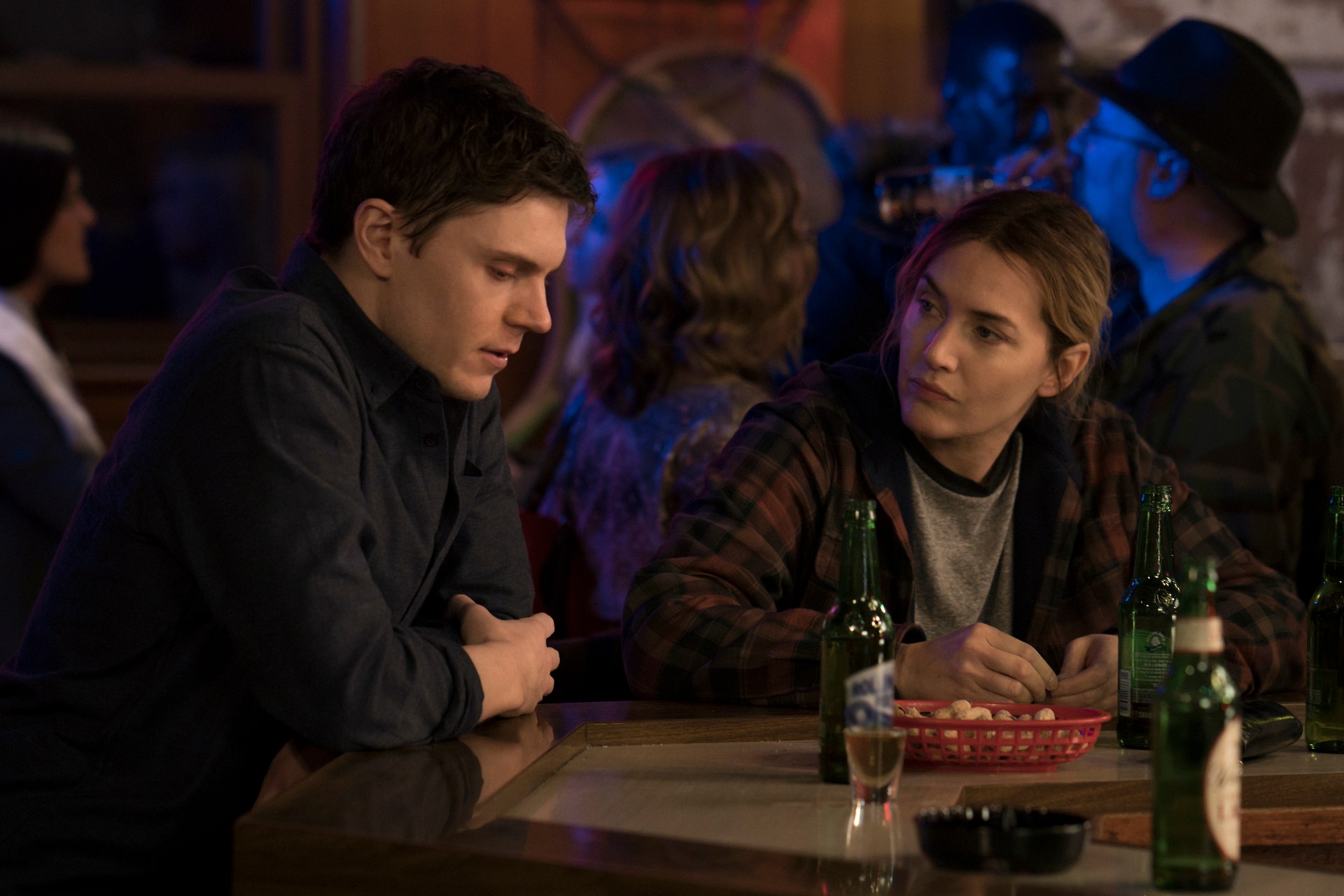 This article includes frank discussion of the latest episode of Mare of Easttown: “Enter Number Two.” If you're not caught up, now is the time to leave.

A lot happened this week on HBO’s Kate Winslet-starring Mare of Easttown including Mare herself crossing an ethical line that has temporarily cost her her job. But while Winslet was captivating in in Episode 2 as she revealed her complicated relationship with her son Kevin, it was Evan Peters who got the big emotional moment in this week's episode. Peters dug so deep for his character's drunken confession to Mare that, series director Craig Zobel revealed to Vanity Fair’s Still Watching podcast, the actor needed a hug when it was all over.

Zobel, who has directed some of the finest hours of television in recent memory including Westworld’s “Akane No Mai” and The Leftovers’ “International Assassin” and “Lens,” spoke about the challenges of taking over a show from another director and then having to deal with the complications of Covid. He also has some insight into where audiences should be looking for Mare of Easttown's killer. As for Peters, well, Zobel seems as impressed as anyone by what the actor brought to the table this week.

Ever since he burst onto the scene a decade ago as troubled, romantic ghost Tate Langdon in American Horror Story: Murder House, Peters has been putting in solid work both in the Ryan Murphy-verse of TV shows and as one of the brightest spots in Fox’s troubled X-Men films. But even as a great admirer of Peters’ work, I would argue nothing since that first season of AHS has been as surprisingly deep as this turn as Detective Colin Zabel (not to be confused with director Craig Zobel) on Mare of Easttown.

According to Zobel, the role of Detective Zabel could easily have been played very differently given how it was written on the page. Peters chose to interpret Mare's new partner as well-meaning and eager to please this woman who has a good deal more experience that he does. “When we were in rehearsals,” Zobel recalls, “it became the most interesting choice for him to be the bright-eyed, bushy-tailed one, both to him and to me.”

During the pandemic lockdown, when Mare's production took a long break, Zobel was able to have longer conversations with his actors about the pivotal moments for their characters. For Peters, he says, this whiskey-soaked barroom scene was key to understanding the character. “I brought it up way early with him,” Zobel says. “It was a rollercoaster shoot. Evan was really invested in making sure that we got there.”

As Winslet’s Mare looks on, Peters as Zabel runs the full drunken gamut of despair, sarcastic humor, and unsubtle flirtation. Again, Zobel says, the scene could have been played much differently as it was written on the page. Colin could have been just funny or just self-pitying. His blatant admiration of Mare could have landed in much creepier territory. But Peters and Zobel together were able to hit a sweet spot in a few minutes of footage that is sure to catch the eye of casting directors looking to put Peters in, well, anything. Their hard work on the scene, which Zobel says was equal parts “fun" and “sad,” ended with an embrace: “It was emotional and we were hugging at the end.”

Having come in late and from out of town, Detective Colin Zabel himself may not be high up on the list of suspects, but, according to director Craig Zobel, the murderer is probably hiding somewhere in plain sight. This won’t, he says, be a Keyser Söze-esque twist that no one could possibly see coming. Zobel is not interested in “withholding information from the audience.”

“I feel like you have to have at least done enough of the bread crumb-laying that maybe some amount of people will figure it out,” Zobel says of crafting a satisfying whodunnit. "Rather than making it something zero human beings could figure out because it's so out of left field. It still needs to be surprising. But it [should be] something that you can go backwards and go like, 'Oh, that's why that thing happened.'”

Hmmmmm, maybe we should be keeping Detective Zabel on the suspect list.