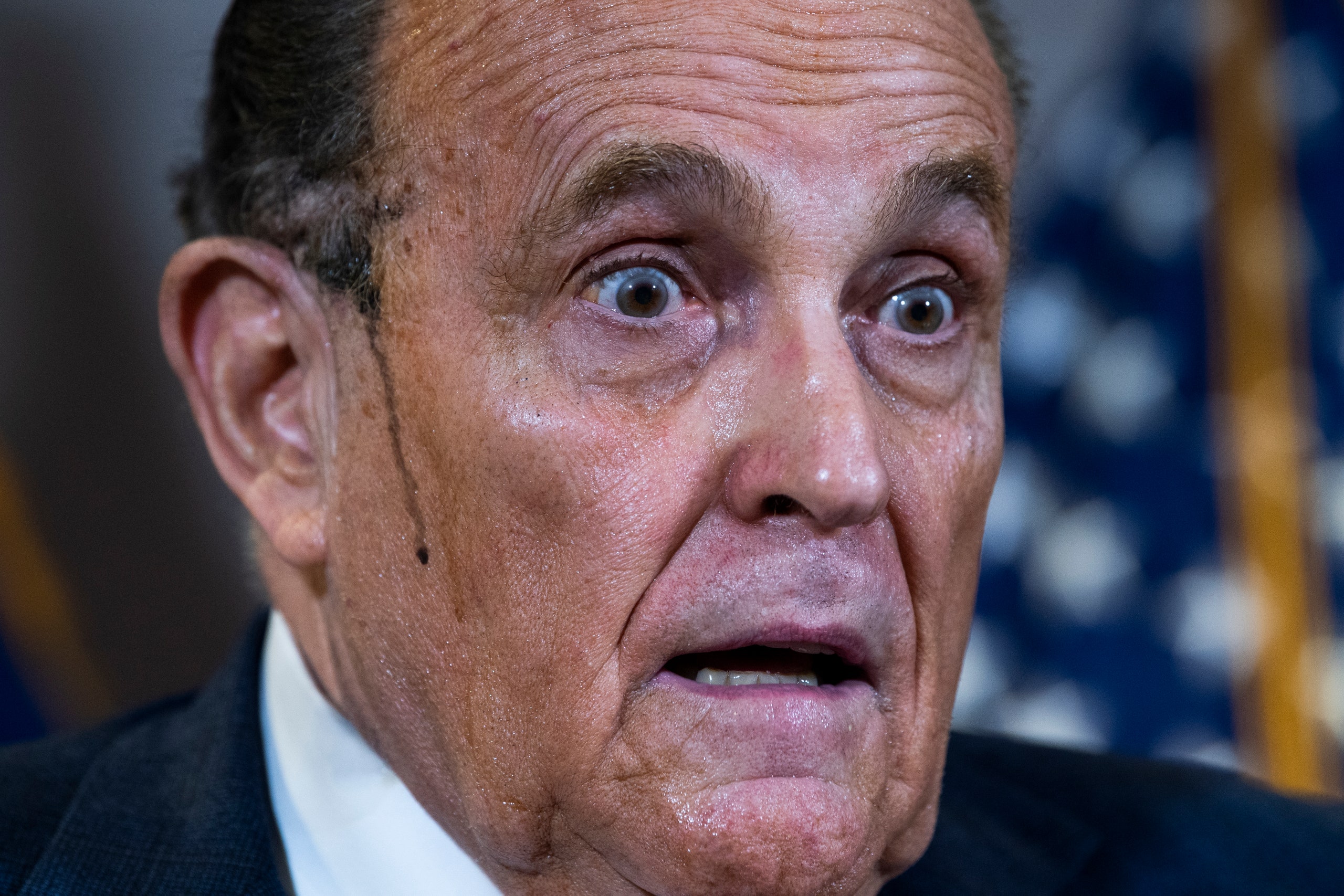 Rudolph Giuliani, attorney for President Donald Trump, conducts a news conference at the Republican National Committee, on lawsuits regarding the outcome of the 2020 presidential election on Thursday, November 19, 2020. By Tom Williams/Getty Images.

Listen, everybody sweats. It’s one of those embarrassing things that comes included with every purchase of a mortal coil. It’s so normal that it shouldn’t be embarrassing! But here we are constantly embarrassed about it. That’s on us!

But this is on Rudy Giuliani:

We know this guy sweats too. We’ve seen it before. Here he is at the Republican National Convention wiping down his brow while simply sitting and then wiping his hand on his companion.

The thing is, if we know he sweats, he should know he sweats and use his beauty tools accordingly. Especially at televised a news conference during which he is trying to unravel a democratic election.

Most likely he used a temporary hair-color spray or a product applied to wet hair and set with a blow-dry. These have been extremely popular for consumers during COVID because salons have been forced to close or are running at a very limited capacity. Generally they can work well at covering new growth between salon services (for some they are like a savior!). HOWEVER because they are temporary they are usually not water, or in this case panic (sweat)-proof.