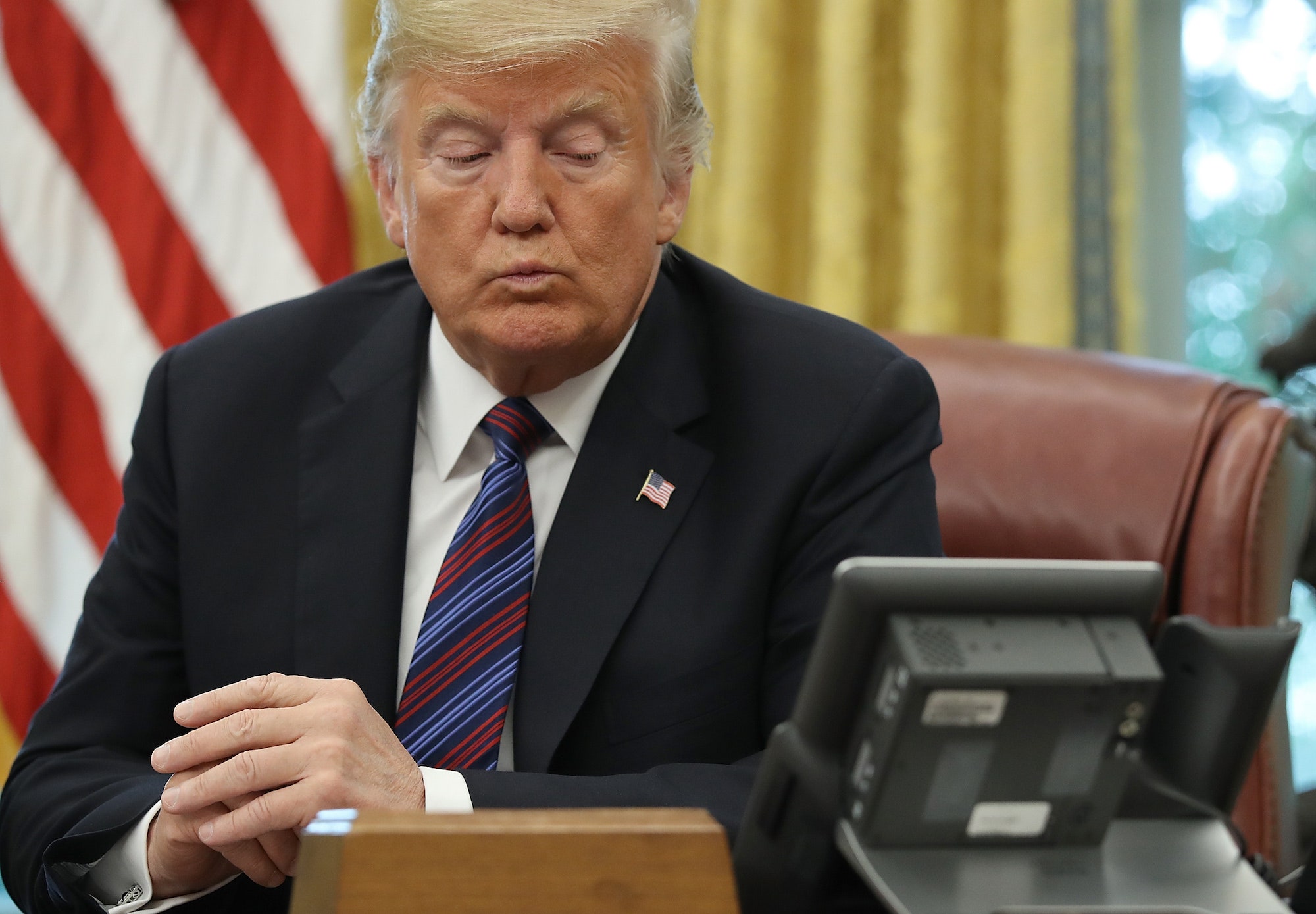 Donald Trump speaks on the phone in the Oval Office of the White House in 2018.Win McNamee/Getty Images

Donald Trump’s efforts to undermine democracy have failed so far, but damned if he doesn’t keep trying. On Tuesday, two GOP canvassers in Wayne County, Michigan, refused to certify the election results in the Detroit area, only to backtrack later that evening amid widespread outrage. But after a call from the president, the Associated Press reported Thursday, they have reversed course again, now saying that they only certified the results under pressure and are asking to rescind their votes. The election results, Monica Palmer and William Hartmann said in affidavits signed Wednesday, “should not be certified.”

There was no basis for their failure to sign off on the vote in the first place, and the Michigan secretary of state’s office has said there is “no legal mechanism for them to rescind their vote.” Still, the president ostensibly reaching out to canvassers responsible for certifying the results of an election he lost to encourage them not to do so constitutes an outrageously anti-democratic abuse of power, and would reflect the Trump campaign’s latest desperate scheme to overturn Joe Biden’s victory. Getting nowhere fast in the courts, Trump and his allies are now apparently trying to gum up the certification process in key states in hopes Republican legislatures can appoint their own electors or push the fight to the House of Representatives.

Palmer acknowledged receiving Trump’s call in an interview with the Washington Post, but denied he influenced her decision to backtrack on the vote certification. But targeting the vote certification lines up with a strategy Rudy Guiliani, who is heading up Trump’s doomed legal effort, has reportedly been discussing in recent days as the campaign hits a dead-end in the courts. The Trump team now seems to be embracing that plan more openly; on Thursday, Giuliani withdrew the Trump case in Michigan, falsely claiming that the Wayne County results hadn’t been certified because Palmer and Hartmann wanted to rescind their votes.

It’s a stunningly dangerous move—a brazen attempt by the president to overturn the will of American people and steal the election. “It would be the end of democracy as we know it,” Joshua Douglas, a law professor at University of Kentucky, told the AP. “This is just not a thing that can happen.” Fortunately, the gambit stands little chance of working, seeming destined to fail as badly as his other efforts to remain in power. Indeed, as Axios’ Glen Johnson noted Thursday, Trump’s flailing attempts to undermine Biden’s election victory have only solidified it: recounts have confirmed the vote totals were accurate; court challenges have exposed the baselessness of his fraud claims; and the longer he drags this out, the more his opponent’s lead has grown. “Each loss,” the election law expert Richard Hasen told Axios, “further cements Biden’s win.”