content-header__row content-header__hed” data-testid=”ContentHeaderHed”>“How Many of These People Are Just Batshit Crazy?”: CNN’s Jake Tapper on Politics and Media in the Trump EraThe network’s chief Washington correspondent sees a world in which Trump’s power diminishes, but may not disappear completely. The real question, though, is how America contends with a faction that no longer believes in facts—and how culpable Republicans are in the crippling of democracy. 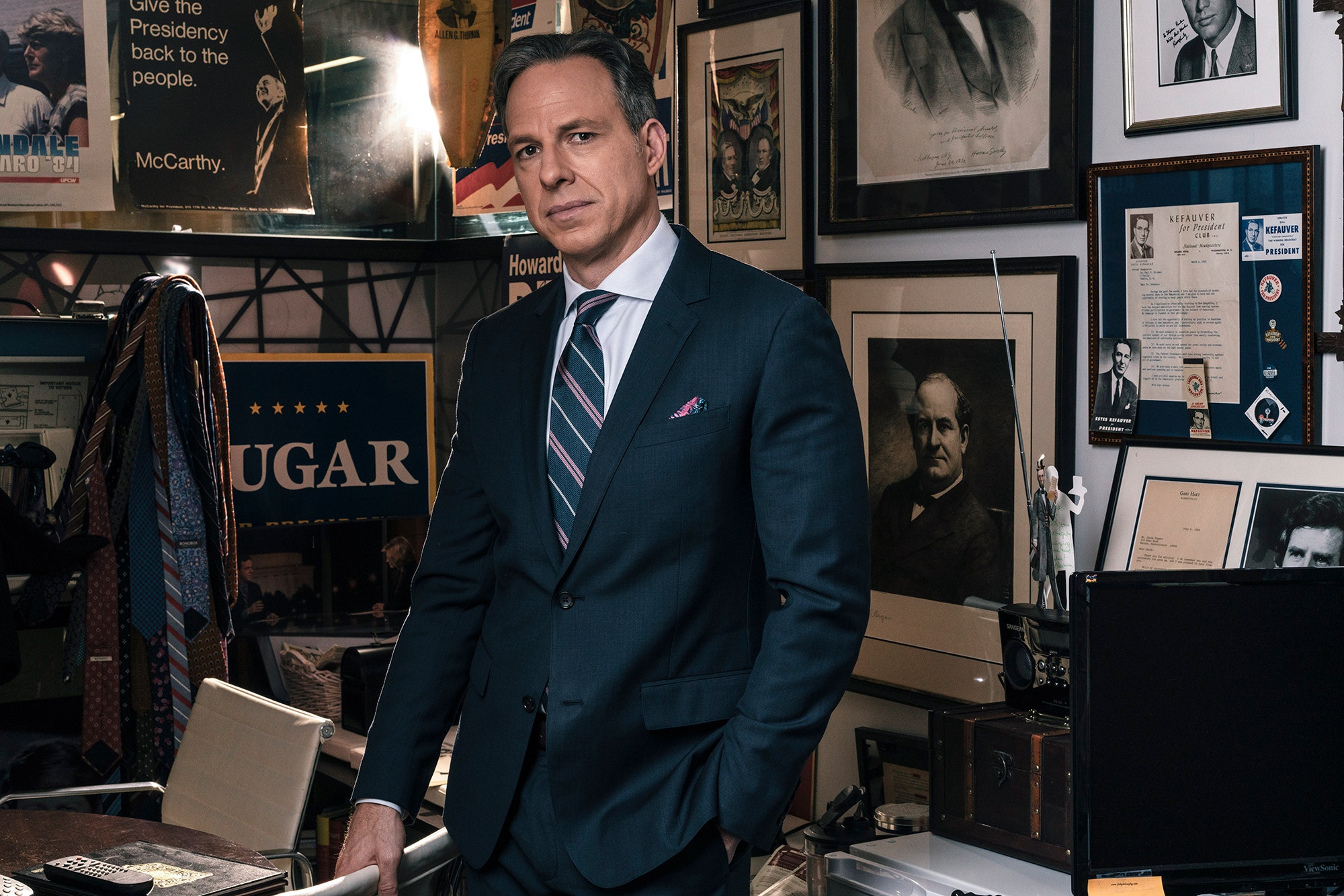 For a while, it looked as if fiction might finally conquer reality. For the past three weeks, Donald Trump has waged a misinformation campaign to overturn the results of the 2020 election, pressuring elected officials and right-wing media to push his false claims of fraud, and sending liberals into paroxysms of paranoia. Ultimately, much of the GOP acceded (mostly) to reality and acknowledged that Joe Biden is the president-elect of the United States. And yet millions of people—half of all Republicans—have been left falsely believing Trump was robbed.

For Jake Tapper, the chief Washington correspondent for CNN, that’s an indictment of Trump, but a tragedy for his followers. “I feel sympathy for them, is the truth,” he says. “I feel bad. They’re outraged because they’re being told things that aren’t true. And that’s a disgrace for the people who are telling the lies, not the people who are hearing them and getting outraged.”

Tapper has been on the front lines of CNN’s coverage of the Trump White House since he interviewed candidate Trump in 2016 and afterward became an arch critic of Trump’s brazen lies, even as he’s maintained the poker face of cable-news impartiality. In some ways, he’s become a kind of hedge against criticism that his boss, Jeff Zucker, president of CNN, helped invent Trump when he launched him to stardom in The Apprentice when Zucker ran NBC. But he’s also become one of the most forceful media advocates for checking the blizzard of falsehoods coming from the White House. “I just think there has not been enough of that, probably not enough by me, certainly not enough by a lot of my colleagues,” he says.

In this edited transcript of Tapper’s recent appearance on Vanity Fair’s Inside the Hive, Tapper considers both lessons for the media and the prospect of more Trumpism after Trump exits the White House. “When that power is taken away, is all his power taken away?” asks Tapper. “No, not all of it, but a great deal of it.”

Vanity Fair: Senator Marco Rubio of Florida recently tweeted, “Don’t want to be paranoid, but I think many in the media really don’t like Republicans.” That got me thinking about this pernicious phenomenon: Trump and the GOP lie every day, whether about election fraud or whatever else, but when the media doesn’t play along, or dispels misinformation, they refer to it as a “liberal media” attack. This has been the pincer the media has been in for the last four years under Trump. We’ve all been turned into fact-checkers, trying to block and tackle and ref this thing while 73 million people refuse to hear it. At some point, don’t you feel like you’re just baling the Titanic with a thimble? Do you ever feel defeated to some degree?

Jake Tapper: No, I do not. I do not feel defeated. Because it doesn’t matter, by the way. Even if the people who believe the lies, even if they had been victorious in the presidential election, the Donald Trump brigades—I’m not talking about Republican voters here, I’m talking about the campaign and the people whose job it is to undermine facts and whose job it is to mislead people. I’m talking about them specifically, not the people who vote for Trump for whatever reason, or believe these lies that are being told to them—I feel sympathy for them, is the truth. I feel bad. They’re outraged because they’re being told things that aren’t true. And that’s a disgrace for the people who are telling the lies, not the people who are hearing them and getting outraged. Even if they had won, that doesn’t mean that my job or your job or Daniel Dale’s job or any fact-checker or anybody who’s out there just trying to say, Look, I’m not taking a position on tax policy, I’m not taking a position on whether or not we should be in Afghanistan or whether or not we should be more aggressive with regards to Iran or whatever, I’m not talking about that—[my job is just to talk about] the facts of this election.

And you see Republicans, Republican officials, Commissioner [Al] Schmidt in Philadelphia, and Secretary of State [Ben] Raffensperger in Georgia, and the former cybersecurity tsar at DHS, Chris Krebs, these are Republicans being hammered for just standing up for facts.

It’s because Trump’s allies, the Marco Rubios of the world, they’ve all learned a little parlor trick from Donald Trump, which is that you don’t need to worry about the facts anymore, and actually, by resisting them and forcing the media to do all this blocking and tackling, the spectacle and outrage on its own is a kind of power that you can manipulate.