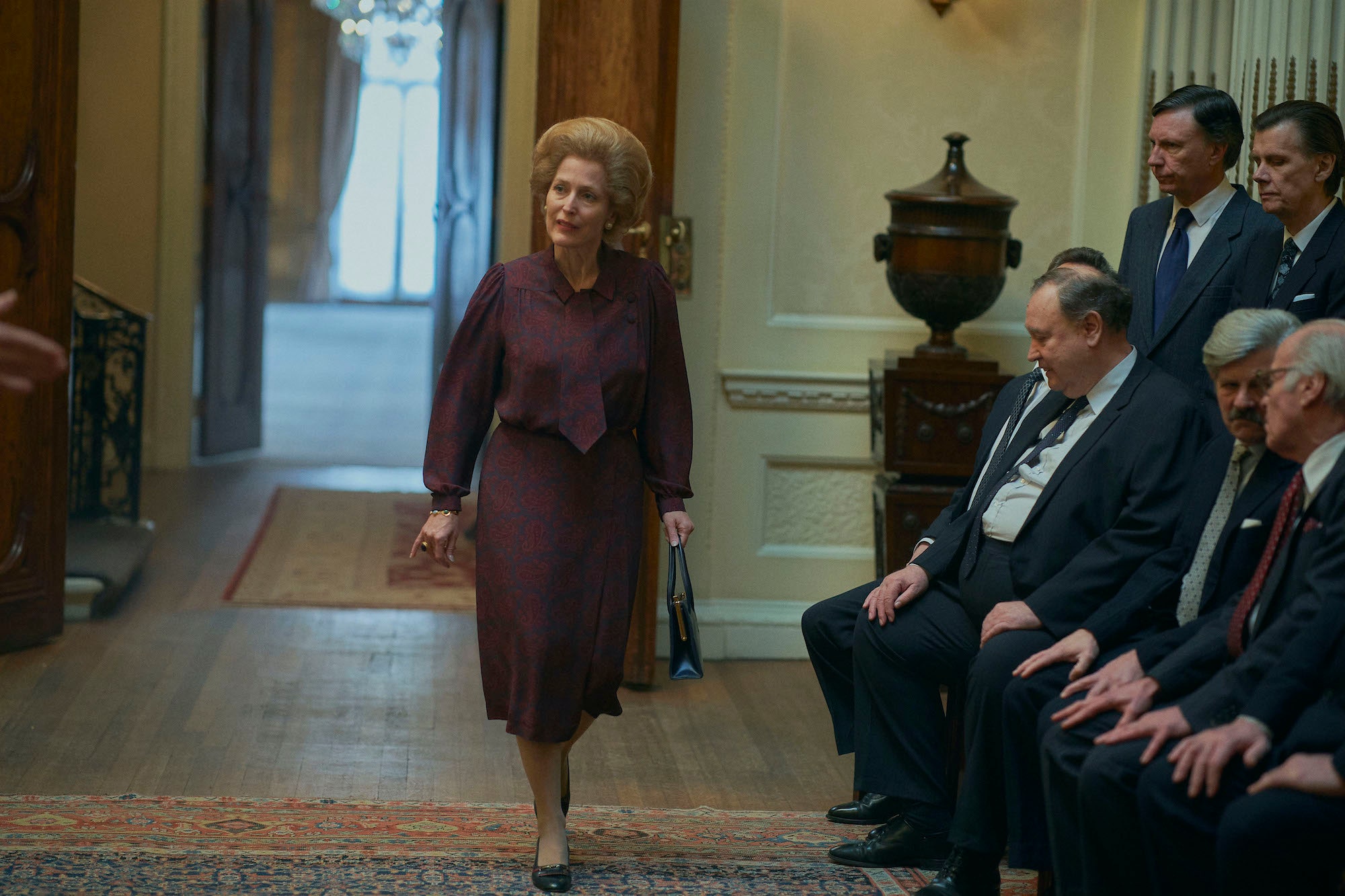 The fourth season of The Crown has been available to stream on Netflix for less than a week, but it is already considered table stakes for topical cultural discourse. (Anyone caught without an opinion on the Falklands War shall be shunned from the group chat.)

For those that haven't had the time yet to catch up with Peter Morgan's continuing saga of Elizabeth II (played in this and the previous season by Olivia Coleman, taking over from Claire Foy), notably joined this time by Elizabeth Debicki and Princess Diana and Gillian Armstrong as Prime Minister Margaret Thatcher, comedian Kieran Hodgson is here for you.

In just two-minutes-and-fifteen-seconds, he perhaps doesn't get to all of the ins-and-outs of the drama (even if palace intruder Michael Fagan gets a nice shout-out) but he certainly nails the series's essence.

Enjoy this clip, and even if you don't care a whiff about The Crown, simply marvel at what a marginal change in hair styles can do for an impersonation.

Kieran Hodgson is a performer and playwright with a background in sketch comedy. "Doing voices" is a craft he has honed. In 2018 he brought his play '75 to the Edinburgh Fringe Festival, in which he did impressions of politicians from the past as commentary about the contemporary Brexit situation. "I [spent] hours watching YouTube Videos or the BBC archive to really study how these people spoke, we’re so lucky that this wealth of material exists," he said in an interview. His 2015 play Lance juxtaposes his love of cycling with the public disgrace of his hero, Lance Armstrong.

Here's hoping Hodgson continues summarizing hit Netflix shows. His Stranger Things ought to be a hoot.