content-header__row content-header__hed” data-testid=”ContentHeaderHed”>In Race for “World’s Biggest Bastard,” Stephen Miller’s Star Continues to RiseThe architect of Trump’s family-separation policy reportedly killed a deal to pay for mental health services for all the kids he f–ked up. 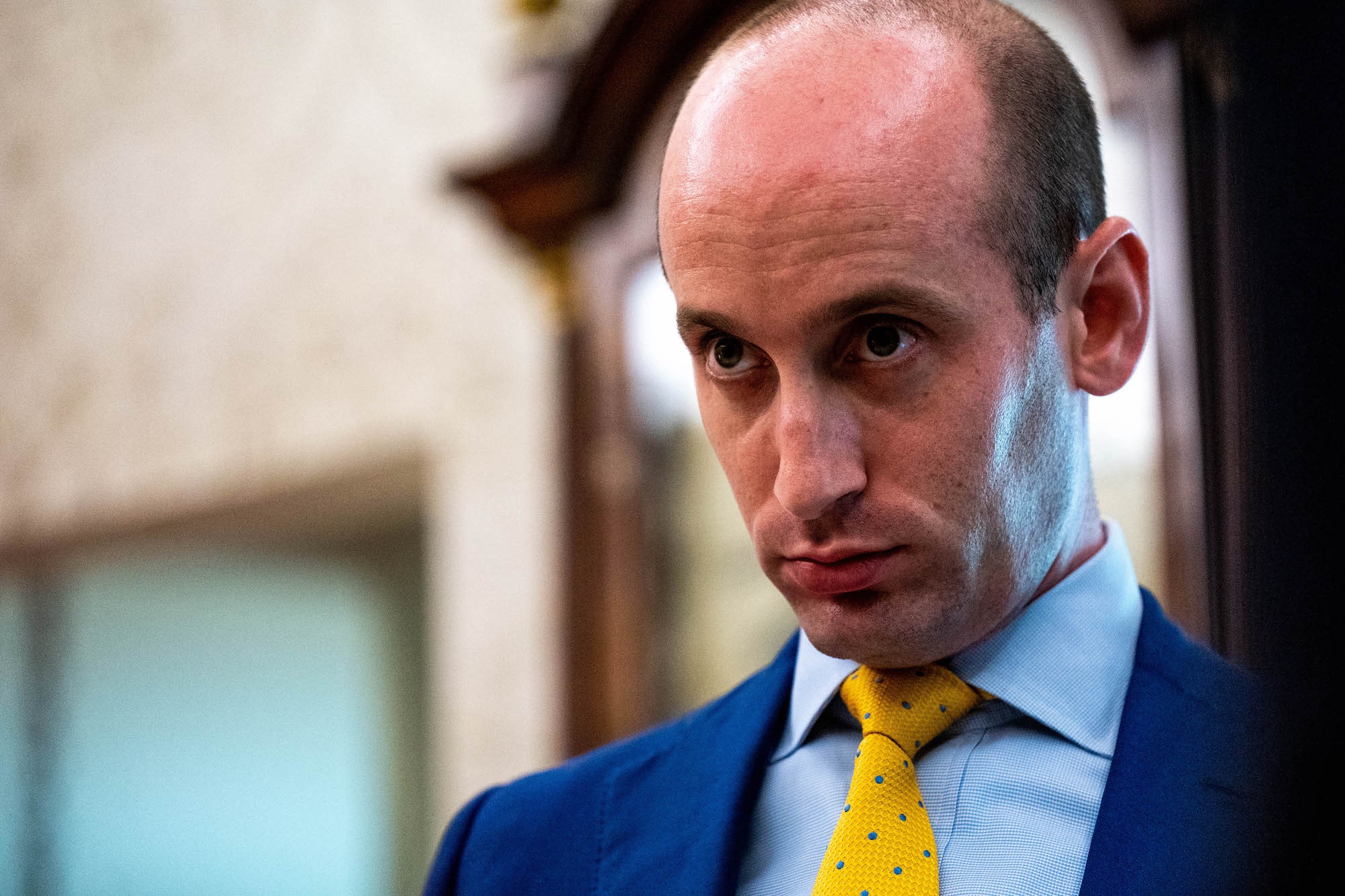 One of the most evil policies from the uniquely evil Trump administration was that of separating families at the border, including those with children who were actual infants. That policy somehow got a boost in monstrousness last month when it was reported that the government couldn’t find the parents of 545 separated kids, a horrifying situation that Donald Trump responded to by noting that children who may never be reunited with their parents are “so well taken care of” and are “in facilities that are so clean.” And while it would be difficult to top that, somehow the White House and allegedly its resident sadist, Stephen Miller, have risen to the occasion.

NBC News reports that the White House stopped the Justice Department from striking a deal in October 2019 to pay for mental health services for the migrant families the Trump administration had separated, according to two current and two former senior administration officials. Sources said that the decision was made by the Office of White House Counsel after it consulted with Miller, a senior adviser and the architect of Trump’s barbaric immigration policies. “DOJ strongly, and unanimously, supported the settlement, but not all agencies involved were on the same page,” an administration official told NBC News. “Ultimately, the settlement was declined at the direction of the White House counsel’s office.” Said another: “Ultimately, it was Stephen who prevailed. He squashed it.” In other words, Miller scarred these people for life and then refused to let the government pay for their much-needed counseling services after the fact. (A White House official insisted that Miller was not involved in the decision and that “any suggestion that he was is false.”)

According to Mark Rosenbaum, a lawyer involved in nine months of negotiations, before it was blocked, an $8 million settlement for screening and counseling had been “agreed to in principle” by both lawyers representing the migrant families and lawyers for the Justice Department. He noted that the pressure to strike a deal quickly was mounting given the circumstances, saying, heartbreakingly: “Many of these children thought their parents had deliberately abandoned them. The longer that trauma goes unredressed, the more severe the consequences. We had a deal, a good deal. Everybody was feeling good about where we were. Then they came back and said no.”

The lawyers representing the government recommended approval to their superiors in Washington. At the Justice Department, Principal Deputy Associate Attorney General Claire Murray took the figure to the Office of White House Counsel. It was there that the settlement was rejected, according to the two current and two former administration officials…. A former Justice Department official said that immigration issues routinely got kicked to the White House and that there it was expected that Miller would get involved.

It was not until November 2019 that a judge ordered the government to pay for mental health services, with the nonprofit Seneca Family of Agencies being awarded a $14 million contract this March for screenings and counseling to migrant families. In addition to delaying much-needed services for traumatized families, the holdup meant the group couldn’t reach all those affected, as some had already been deported. “Reunification does not erase the trauma caused by the separation. It is just the first step in the healing process. The need to connect families to services is urgent, because when treatment is delayed, it may exacerbate and compound the trauma of the separation,” Paige Chan, the executive director of Seneca, told NBC News. Cheryl Aguilar, a therapist involved in the program, said among those being treated are an “eight-year-old girl who is terrified that her mother will leave at any moment and a boy approaching his teens who wets his bed because of the trauma suffered from separation.”

As Amy Lally, a lawyer representing the separated families, put it: “When the settlement failed to get approval, my first thought was of the lost time. The months spent negotiating the proposed settlement were months that mothers and children and families continued to suffer, without redress, from the trauma imposed by the government.”

In related news, Miller, a big fan of white supremacy, is expecting his first child.