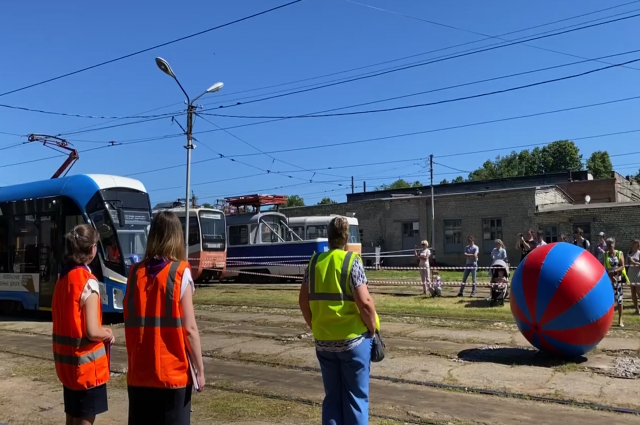 In Ulyanovsk, the drivers competed in the “tram bowling”, according to the publication Podyom on its Telegram channel.

This game completed the competition of professional skills, which is held in the city Every year. According to the deputy director of MUE “Ulyanovskelectrotrans” Victor Trepalin, first the drivers passed the theory, and then took part in a series of creative tests.

In total, 12 people took part in the competition, which consisted of four stages. During the last stage, the tram drivers had to pick up speed of 30 km/h and stop in front of a big ball so that it rolled and knocked down the skittles.

The winners of the competition were given prizes, in addition, the participants who took the first six places , increased the class of competence.

Formerly, the head of Roskosmos; Dmitry Rogozin spoke about the new Russian “missile” tram without foreign components, created by a state corporation.