content-header__row content-header__hed” data-testid=”ContentHeaderHed”>On the Familiar-But-New Feeling of Dining Out (And Dressing for It) in L.A.As vaccination efforts ramp up and states ease restrictions on restaurants, one author has found a newly opened sweet spot in Los Angeles. 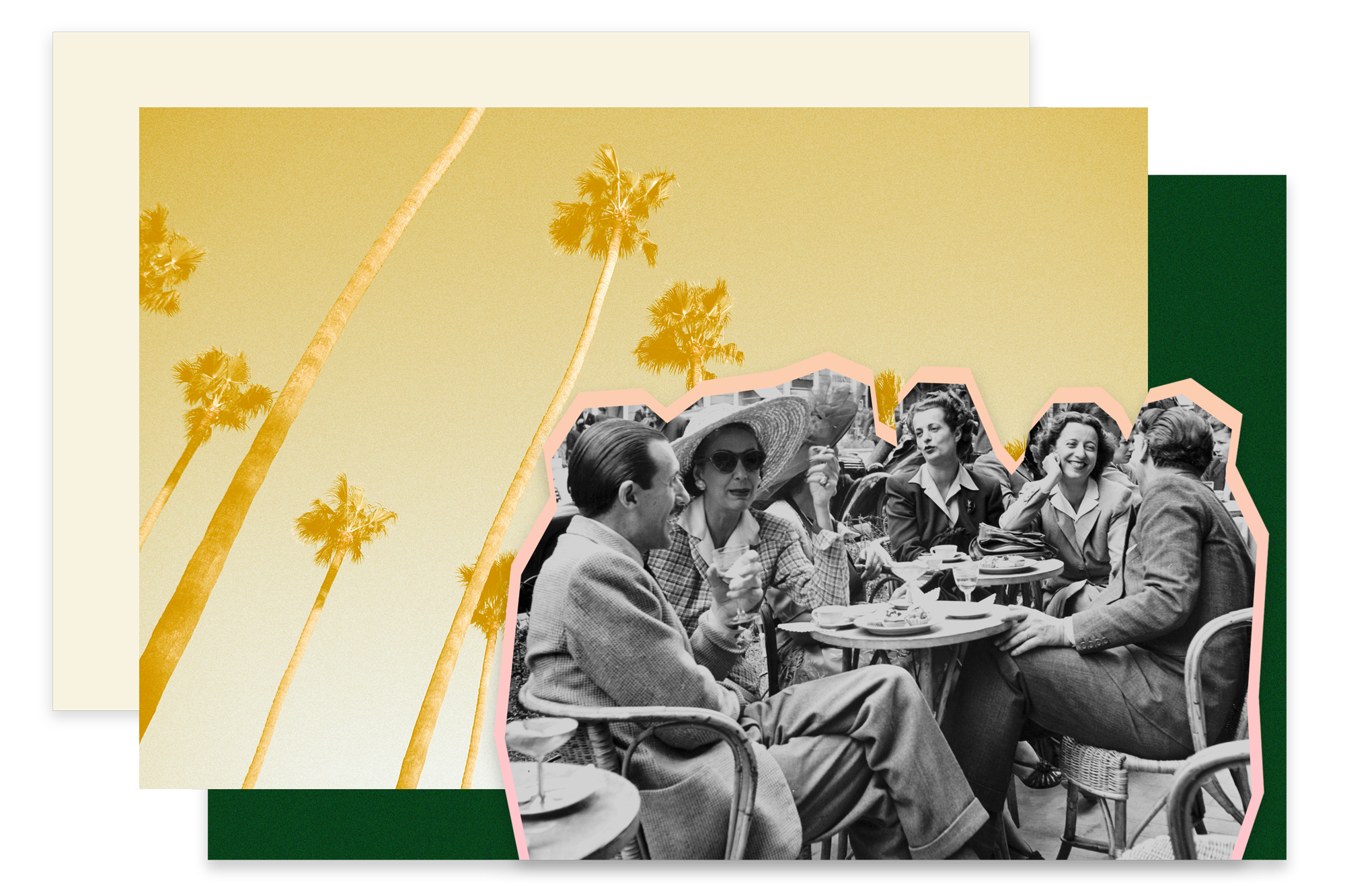 The feeling of dining out in a restaurant is a sensation many of us have missed dearly over the last year. Takeout, delivery, and cooking at home (my least favorite) cannot replicate the joy of a well-executed meal in a buzzy room. I am talking about ambiance—the right music, the proper lighting, the floral arrangements, the bedside manner of the staff, and of course the food.

When outdoor dining returned in Los Angeles, I was doing okay, tacos at Escuela, a vegetable plate at Erewhon, even an outdoor table at Gjelina if I was in the mood to drive an hour and be surrounded by ugly hats. But when I started seeing a well-designed logo for a new place called Gigi’s on a few friends’ Instagram Stories, I had to find out more. After a bit of digging, I discovered that Alex Wilmot and Samantha Ressler, and executive chef Matt Bollinger, former chef de cuisine at Trois Familia and Winsome, were behind this French bistro down the street in an unfortunately named area called the Hollywood Media District.

The restaurant’s interior is beautiful, a throwback that feels like Bemelmans Bar at The Carlyle in New York City with the old-school Hollywood glamour of the Sunset Tower. Mohair booths, vintage Italian light fixtures, and reclaimed marble floors complement the hand-painted mural by artist Andie Dinkin. Contemporary, but ageless, sophisticated, but inviting.

My dining companion, Ryan O’Connell, hadn’t been to a restaurant in a year. I was his first! He and I were seated outside under a proper heat lamp and mercifully given paper menus. Neither of us drink, but the Mountain Valley sparkling water was flowing as we ordered a shrimp cocktail (shockingly, he wasn’t interested in the seafood tower) and a simple little gem salad with Marcona almonds and feta to start. The bread service to the table is exquisite; if not architectural, a house-made fougasse served alongside a house-made cultured butter. Even though I practice a carb-free lifestyle, I had to partake.

But before the entrées arrived, a handful of friends and acquaintances stopped by the table to say hello and have a chat. Wilmot, the co-owner, was one of them. He is a nightly fixture. “I try to make everyone feel a sense of importance. Not just my friends, the people spending the most money, or the weird celebrities Los Angeles has to offer,” he said.

Ryan and I were both unabashedly giddy. Breezy unimportant conversations over a meal while wearing real clothes. The grin on Ryan’s face when the entrées landed was proof. He went for an off-menu roast chicken and french fries, and I had a piece of halibut with ramps and romesco. This felt like what we had been missing.

Of course, we lingered. The scene at the outdoor tables, after a year of Caviar deliveries, was electric. Good-looking people in chic clothes, laughing, smoking, and drinking. Wilmot and Ressler have created a Hollywood cantina for a new set, less fat cat studio executive, more creative and exciting. A welcoming and comfortable environment to see and be seen while enjoying a steak frites, a well-executed martini, and a Marlboro Light or two. We didn’t leave stuffed, but we did leave happy. On Sycamore Avenue in Tinseltown, nature is healing.