content-header__row content-header__hed” data-testid=”ContentHeaderHed”>Pence Can’t Quit the Big Election Lie That Nearly Got Him KilledIn an op-ed decrying a House bill protecting voting rights, the former vice president undermined the integrity of the 2020 race—fueling the false narrative that put him in grave danger at the Capitol in January. 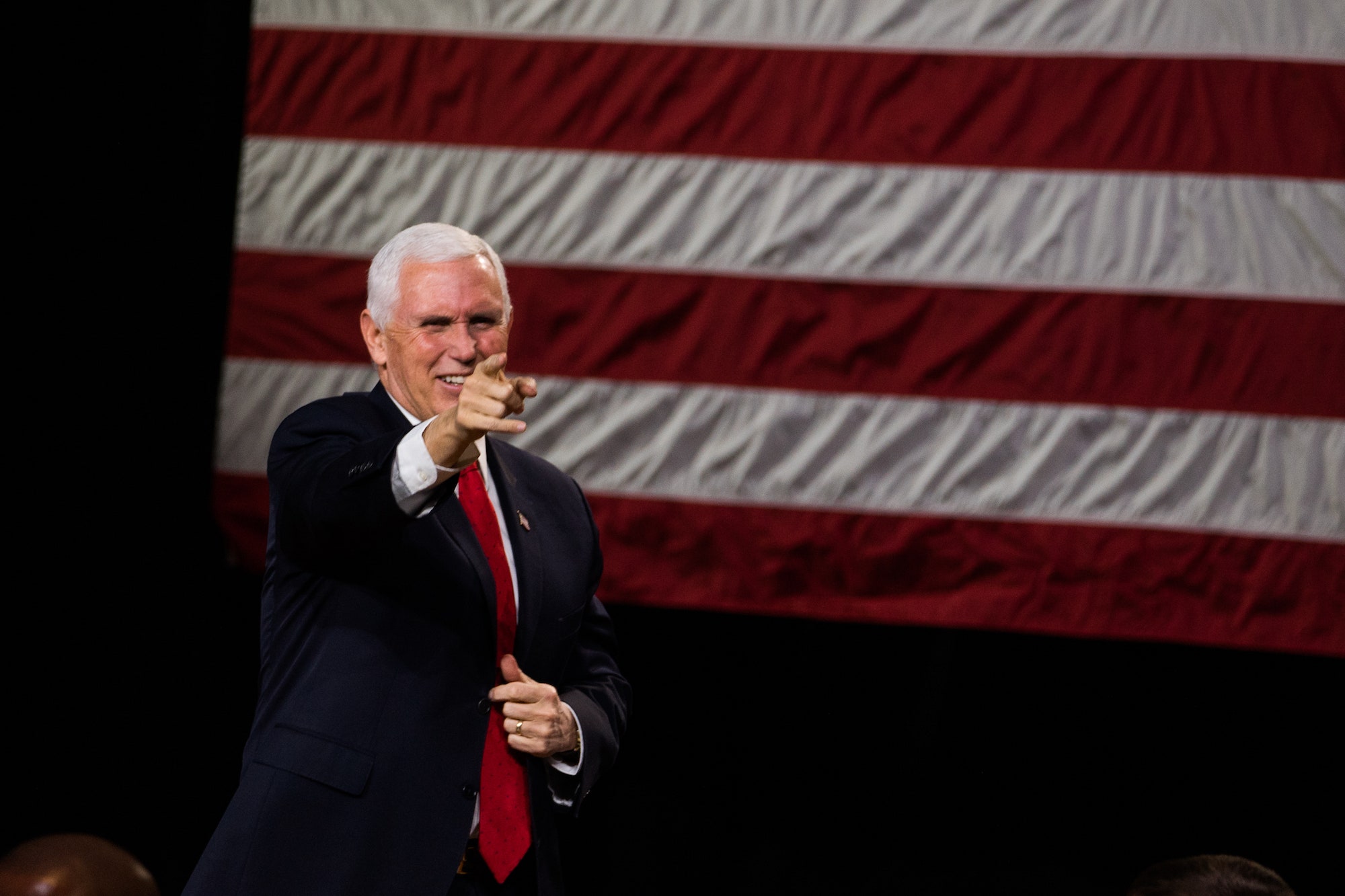 When the pro-Trump mob came for Mike Pence on January 6, they did so on the basis of a lie: they were told by then-president Donald Trump that his No.2 had the power to stop the certification of Joe Biden’s win, which Pence, in his largely ceremonial role during that day’s joint session, did not. At the heart of their calls to “Hang Mike Pence” was Trump’s overarching fiction that the 2020 election was rife with widespread fraud, a lie the former vice president amplified on Wednesday, not even two months after he narrowly escaped being hunted and executed as a result of it.

In an op-ed titled “Election Integrity Is a National Imperative,” Pence echoed the chorus of Republicans who have increasingly deployed Trump’s lies to dramatically restrict access to the ballot as he took aim at House Democrats’ election reform and anti-corruption bill, H.R.1, the “For the People Act,” a sweeping measure that includes provisions to expand early and absentee voting and create automatic voter registration nationwide. The bill serves “one goal only: to give leftists a permanent, unfair, and unconstitutional advantage in our political system,” Pence wrote in the Daily Signal, arguing H.R.1 would hinder election reform at the state and local level. As is characteristic of those sowing unfounded doubt on the election process, the former vice president kept it vague. “I share the concerns of millions of Americans about the integrity of the 2020 election,” Pence wrote, reiterating evidence-free allegations of “an election marked by significant voting irregularities and numerous instances of officials setting aside state election law.” The op-ed—among his most substantial remarks since the Capitol attack—was notably without mention of the man who popularized such election misinformation, as Politico’s Kyle Cheney pointed out.

Pence nevertheless made use of familiar Trumpism themes, such as the former president’s opposition to ballot harvesting, describing the routine act of a voter entrusting someone else to drop off their signed and sealed ballot as a sinister process “where paid political operatives collect absentee ballots from places such as nursing homes—exposing our most vulnerable voters to coercion and increasing the risk that their ballots will be tampered with.” He decried the House bill as an attempt by “leftists” who “not only want you powerless at the ballot box” but also “want to silence and censor anyone who would dare to criticize their unconstitutional power grab.” He denounced introducing more transparency in political spending as part of “the radical left’s cancel culture crusade.”  All of which invoked Trump’s message without needing to say his name, as much as a testament to Trump’s influence as a reflection of the challenge GOP hopefuls like Pence must confront in preparation for a 2024 bid.

The need to diversify their particularly flavor of Trumpism was tested in earnest at CPAC last weekend, where “attendees said they were most drawn to Republicans who both pledged fealty to Mr. Trump and appeared to showcase a distinct political identity,” the New York Times reported. Senators Tom Cotton and Rick Scott, both possible future presidential contenders, came up short in their attempt to galvanize the crowd with talking points perceived as imitating Trump. “Show us what you’re actually doing,” one attendee from Arizona said, “rather than just saying you can stand up to the media and stand up to the whoever.”

On the other hand, those who were able to distinguish themselves were warmly received, such as South Dakota governor Kristi Noem. Despite presiding over a state that currently has the eighth-highest death rate nationwide, Noem’s fierce opposition to pandemic-related restrictions, such as a statewide mask mandate and stay-at-home orders, made her a welcome guest among CPAC attendees; so too Ron DeSantis, whose insistence on reopening schools and businesses early on earned him high marks. Senator Josh Hawley was embraced for his ability to add a personal touch to the cancel culture many others referenced with a broad stroke; instead, Hawley presented himself as a first-hand victim of the “woke mob,” recalling how they tried to “cancel me, censor me, expel me, shut me down” for objecting to Biden’s Electoral College certification. Pence’s absence at CPAC did not go unnoticed by attendees. “I do think he should’ve stood up for Trump,” one CPAC volunteer told the Times of the former president’s impossible request that Pence overturn Biden’s legitimate election victory. “But it would’ve been nice for him to give his views on what life was like being vice president of our country.”