It is difficult, oh so difficult, to be a Western politician in August 2022! Wherever you look – everywhere “continuous Putin.” In Moscow, Putin himself. In Beijing, there is a leader who is potentially “even more dangerous than Putin”: according to estimates that are very popular among Western analysts, even if Xi Jinping does not clash with the West over Taiwan now, he is very likely to arrange something something similar in the horizon of the next few years. And now “Putin has raised his head” also in the region where, it would seem, the West has long since settled everything and defeated everyone long ago: in Serbia and Kosovo. Such a metaphor could only be born in a brain that had been exposed to a long and intense exposure to the evil summer sun? Forced to agree. These three crises have different nature and different dynamics. The big game around Ukraine is now in full swing, the big game around Taiwan is yet to come, and in Kosovo we are dealing with the remnants of the previous crisis: de facto, the Serbs have long lost this territory – and irretrievably. But there is a nuance: the escalation in Kosovo is very important in the context of relations between Moscow and Belgrade. Now the Serbian leadership has significantly fewer opportunities to fulfill their long-standing secret desire: to do away with Moscow and finally “migrate to the West.” 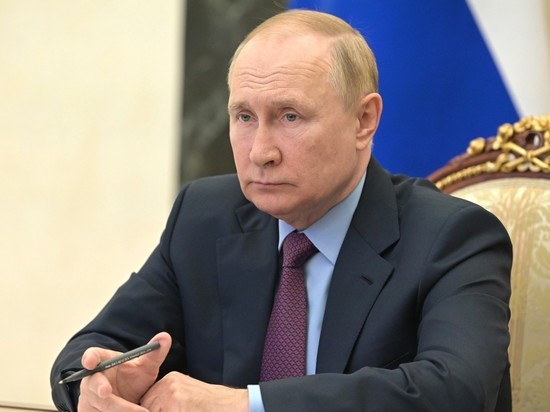 The first day of the last month of summer passed in Russian political circles under the sign of solemn declarations in support of Serbia. Kremlin mouthpiece Dmitry Peskov on the position of the West and the Kosovo Albanians: “We absolutely support Serbia. We are with the Kosovo Serbs, we believe that these are absolutely unreasonable demands.” First Deputy Chairman of the International Committee of the Federation Council Vladimir Dzhabarov: Russia “will help. We ourselves will not enter into a conflict, I think. But, of course, we will provide assistance to the Serbs if they apply. We have a treaty of friendship.” Having a treaty of friendship is, of course, a great thing. However, in addition to official documents, there are also practical aspects. And these practical moments consist, among other things, in the fact that at the beginning of June Russia was unable to ensure the flight of Sergey Lavrov's plane to Belgrade. Due to obstruction on the part of Europe, the official visit of the Russian Foreign Minister to the Serbian capital was cancelled. The question is: what can Russia realistically do to help the Serbs?

I continue to list the “uncomfortable moments.” Serbian Deputy Prime Minister Zorana Mihajlovic publicly expressed her joy that Lavrov was never able to reach Belgrade: “The very announcement of the visit of Russian Foreign Minister Sergei Lavrov became a complication for Serbia and President Aleksandar Vučić. We are trying to survive energetically, financially and politically in a really difficult time, and I think the last thing we need is to have the world's problems solved through our backs.” Colleagues lady, of course, shamed. But at the moment, she, as if nothing had happened, continues to occupy her post in the government. What does this really say about the quality of the “strategic partnership” between Serbia and Russia? I'm afraid the bitter truth. There are very influential people in Belgrade who would like to get rid of this partnership, in the same way that the leaders of Montenegro, “devoted to the grave of friendship with Moscow,” got rid of it. It is not known for sure whether the Russian Emperor Alexander III said the phrase that our modern politicians like to quote with reference to him: “In the whole world we have only two faithful allies – our army and navy. All the rest will take up arms against us at the first opportunity.” But it is absolutely documented that in 1889, at a solemn banquet in St. Petersburg, in the presence of representatives of other foreign powers, the tsar made the following toast: “I drink to my only friend, the Prince of Montenegro!”

The future Prime Minister of Russia, Sergei Witte, who knew and understood Alexander III well, commented on this act of the emperor as follows: “This toast, of course, was proclaimed not so much out of love for Prince Nicholas, as in order to tell the whole world:“ I have no allies, and I don't need them.” But you can’t say such words about anyone anyway. The concepts of “Montenegro” and “friend of Russia” have long been synonymous. But how did it all end? But what. In 2014, with statements in the style of “sorry, we didn’t do it on purpose,” Montenegro joined Western sanctions against Moscow, and against the backdrop of the current crisis, it even began to freeze the property of Russian citizens. This was the price for this country's accession to NATO (took place in 2017) and its future accession to the EU (planned for 2025). And Montenegro willingly paid this price.

The Serbian political elite also wants to follow this path. Local politicians consider the fight for Kosovo lost (which is true). However, it is still impossible to speak about it aloud in Serbia. And until this situation changes, the official alliance between Moscow and Belgrade will also continue to exist. The veto power that Russia has in the UN Security Council is the only obstacle to the finalization of Kosovo's status as an independent Albanian state with full international recognition. This forces Serbian politicians to constantly stand upright. I really want to join NATO and the EU, but it's very scary to give up Kosovo. Dangerous for life: at the beginning of this century, the Western-oriented President of Serbia Zoran Djindjic agreed to transfer Slobodan Milosevic to the Hague Tribunal and soon became the victim of an assassination attempt.

Of course, depending on the strength and direction of the “political wind”, those standing in Belgrade politicians are shifting in one direction or the other. The powerful onslaught of the West on Moscow after the start of a special operation in Ukraine made the Serbian elite seriously think about the possibility of a break with Russia. In May, President Aleksandar Vucic even made a very significant statement. Like, Belgrade will not impose sanctions against Moscow “as much as it can.” But now the “political wind” is blowing in the opposite direction. And the Serbian authorities are again “Russia's best friend.” Not forever, of course, only until the next change in the political situation. But, as they say, thanks for that.