content-header__row content-header__hed” data-testid=”ContentHeaderHed”>Raya and the Last Dragon Is a Lush, Satisfying Action-AdventureDisney’s latest eye-popping princess movie is playful and resonant. 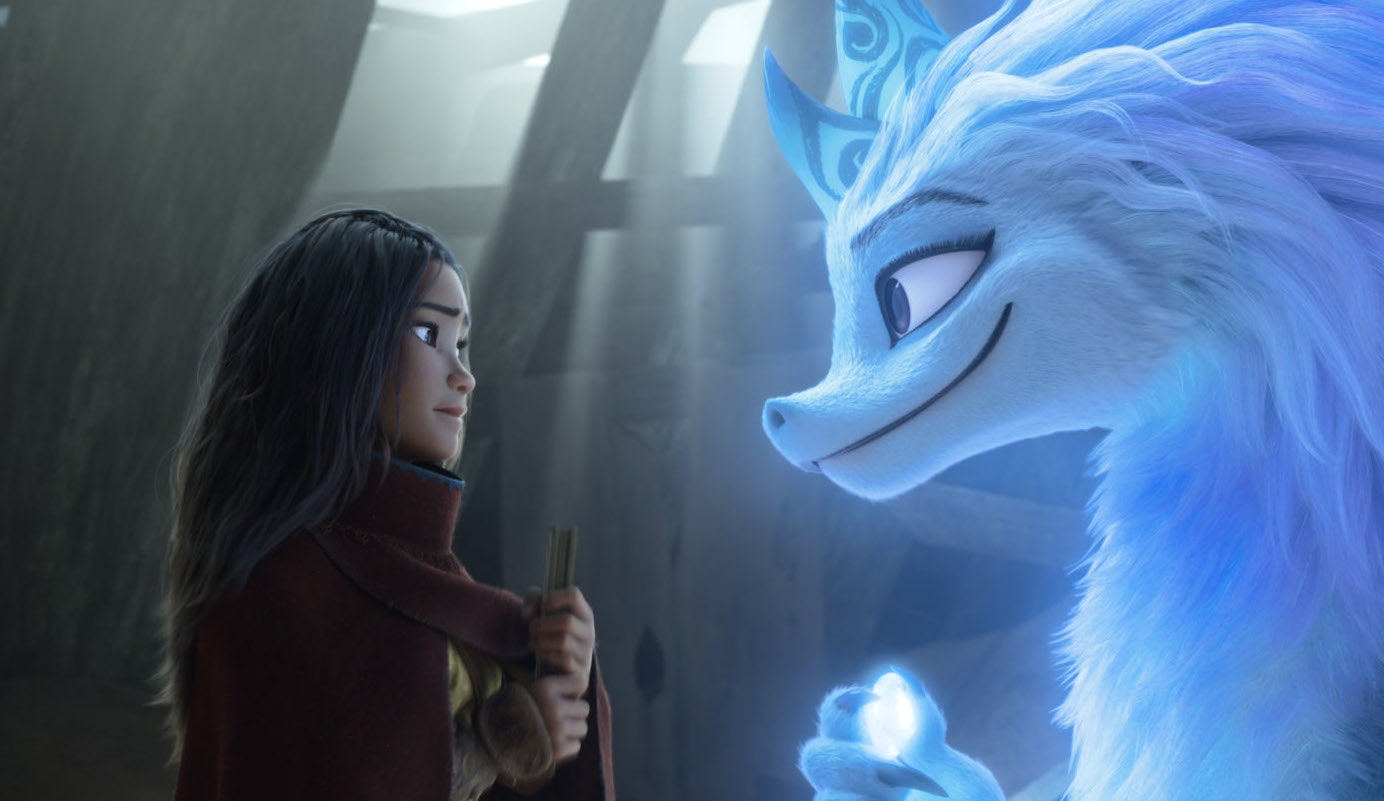 If 1998’s Mulan brought the Disney princess genre a step closer toward action-movie territory, the studio’s new offering, Raya and the Last Dragon (in theaters and on Disney+ March 5), carries it all the way there. Or maybe, it’s more of an adventure film, in the vein of Indiana Jones or Tomb Raider, with mystical mystery elements to go alongside the rollicking fight and flight. Directed by Don Hall and Carlos López Estrada—with co-direction from Paul Briggs and John Ripa, and written by Qui Nguyen and Adele Lim—Raya and the Last Dragon has a rousing energy, sweeping and total in its vision of a sort of other-Earth.

The film also has a rich emotional timbre that’s unusual for an action-adventure, though less so for animated films. Raya is about a land—a nation? A planet?—riven by cataclysms both environmental and societal, a once verdant, peaceful place reeling in postlapsarian fallout. Raya’s chords of loss and melancholy blend well with its more fanciful elements, all given vibrant body in achingly gorgeous animation. It’s a fun movie, packed with escapades and just-shy-of-cloying cutesy humor, but there is a resonant depth, too.

In the film’s map of the world, there was once a place called Kumandra, where people lived harmoniously with one another, all under the protective, nourishing auspices of god-like dragons who provided the land with all of its resources—chiefly, water. But then a fearsome entity of some kind, the Druun, arrived, turning living things to stone and defeating all but one of the dragons, who disappeared. The people of Kumandra were driven to war against one another, dividing their home into five separate nation-states, all named for parts of a dragon. (Talon, Spine, Fang, etc.) Like many other fantasy stories, Raya concerns itself with reunification—while offering lessons about community trust and, in a more oblique way, environmental stewardship.

Those are nice messages to impart to young people, perhaps especially right now, as our own fractured nation addresses a series of terrible wounds. Of course, when most of the politicians and other leaders of this country talk about “healing” they mean something far more cynical, opportunistic, and hasty than Raya’s vision of returning dragon-blessed bonhomie to a biodiverse paradise. But maybe there are still some pertinent parallels to be drawn.

The title character is a sort of princess: daughter of the leader of Heart, one of the less bellicose and more progressive factions. Raya finds herself at the center of a new geopolitical conflict, incited when a precious “dragon gem”—left behind by Sisu, the dragon that beat back the menacing Druun 500 years earlier—is shattered during an attempted theft, unleashing the Druun back unto the world. Raya, guilty and grieving, takes it upon herself to fix her mistake, embarking on a years-long hero’s quest to recover shards of the gem and restore order to her home.

These fantastical terms and premises are meted out mostly legibly at the beginning of the film, aided by supple illustration and inviting voice performances. Raya is played by Kelly Marie Tran, who was recently given a grand opportunity in The Last Jedi only to be met with relentless harassment by a noxious contingent of the Star Wars fandom. The company’s response to that was to barely feature Tran’s character in the next Star Wars film, The Rise of Skywalker, so I suppose one could look at Tran’s leading role here as a kind of penance. But that glum meta-industry analysis distracts from the spiritedness of Tran’s performance. She’s a delightful lead, soulful and sympathetic.

The film’s aesthetic and spiritual themes are evocative of Southeast Asian cultures and landscapes: the lush lands of Vietnam, Cambodia, Laos, Thailand, Indonesia, Myanmar, the Philippines, Malaysia. Which is a pretty broad geographic and demographic survey. Tran is the daughter of Vietnamese refugees, but she is also the only main cast member of specifically Southeast Asian heritage. Otherwise, the actors are mostly of East Asian descent, largely Korea and China. That has drawn some controversy, cited as yet another example of inexact representation that smashes divergent and diverse cultures into one pan-continental soup.

That said, the rest of the cast does do lively work alongside Tran. Awkwafina plays Sisu, revealed to be goofier and more antic than one would expect of an ancient, elemental, world-saving dragon. The comedian’s rapid patter is jarring at first, cutting through all the film’s dreamy beauty. But we get used to it, and soon more comedic elements are added to round out Sisu’s silliness—a baby thief and her monkey-like henchmen; a menacing tough who’s really a big old softie, voiced by Benedict Wong.

As for a villain, we have the fearsome Druun, of course—but there’s also Namaari, a daughter of Fang given flinty voice by Gemma Chan. Namaari and Raya square off against one another, each trying to rescue their own people, and maybe (just maybe) gradually learning to see each other’s side of things. Is there more to Namaari and Raya’s wary relationship? I’ll leave that to the savvier queer theorists out there, but, yeah, I could see it.

Raya and the Last Dragon has many glimmers of allusion like that, gesturing toward more grownup things than are typically on offer in Disney princess movies. This film is for just slightly older audiences, maybe, kids in latter grade school and their tween years who—especially right now—are hungry for some vicarious adventure and discovery. Perhaps the best thing I can say about a movie these days is that it’s transporting, and Raya certainly fits that bill. It envelops with all its sensory pleasures, nimbly gliding and dipping toward a grand, hopeful denouement. I chuckled; I shed a tear; I forgot all about that dumb dating app for fancy people.