content-header__row content-header__hed” data-testid=”ContentHeaderHed”>Report: A Capitol Police Official Told Officers Not to Go After Trump Supporters on January 6Officers were allegedly told to only target anti-Trump demonstrators. 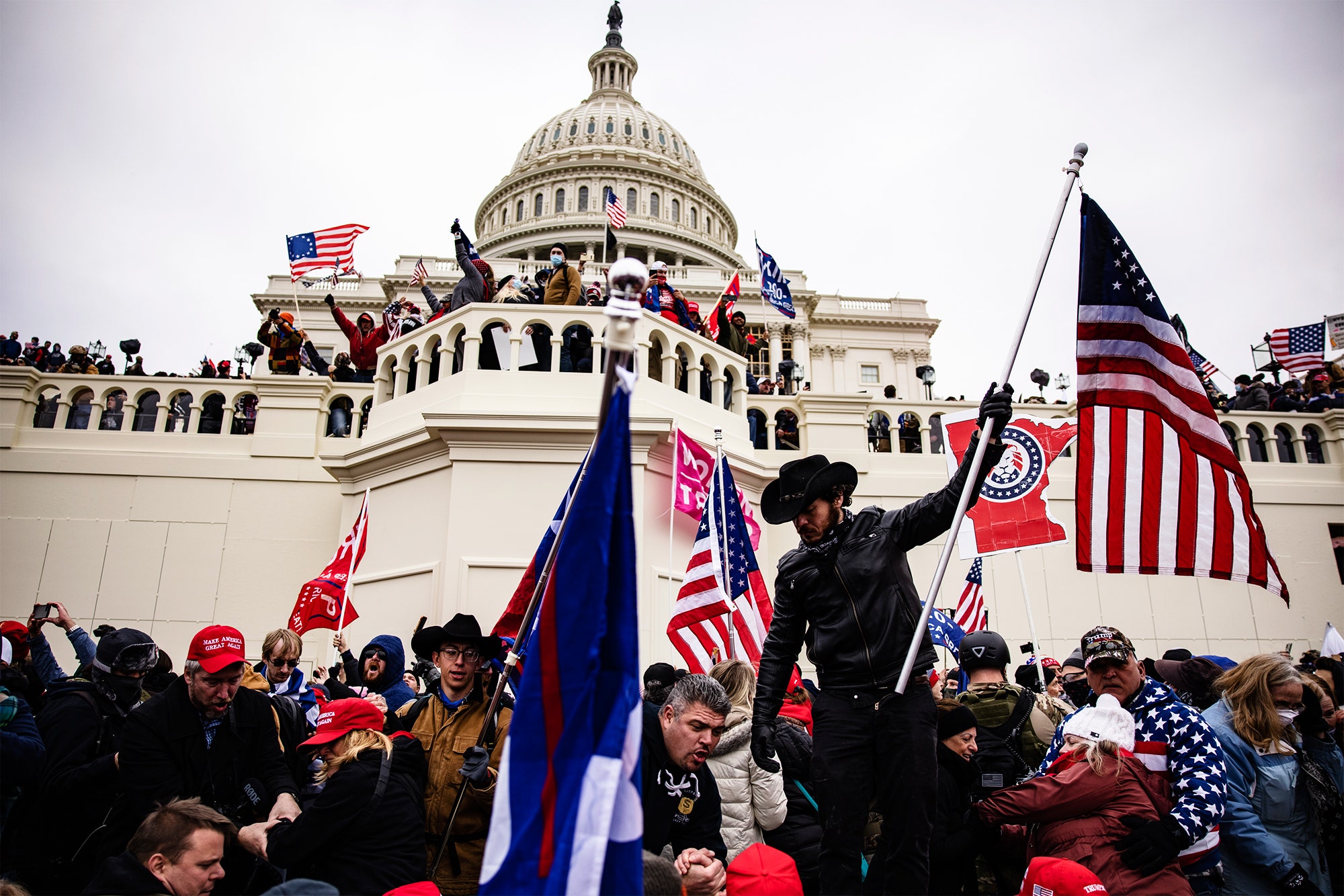 One of the most disturbing elements of the January 6 attack on the Capitol building—aside from, y’know, the part where the president of the United States sent a fascist mob to burn down democracy in his name—was the fact that the vast majority of the rioters were simply allowed to walk out of the building and go home. That sort of courtesy would undoubtedly not have been extended had the people assembled been Black or brown and, several months prior, the reaction to peaceful protesters congregating near government property was to tear-gas them, not to mention consider using a weapon that would make it feel like their skin “was on fire,” which the Pentagon was reluctant to deploy even in the case of actual war. Last week, Capitol Police Inspector General Michael Bolton issued a scathing assessment to lawmakers on the failures of the day, saying police were ill-prepared, had faulty equipment, and did not have sufficient training, while the National Guard didn’t respond to a request for help until hours later. And in equally troubling news, a Capitol official reportedly told officers on January 6 to only be on the lookout for anti-Trump protesters, despite the fact that many of the people who stormed the building were supporters of Donald Trump.

While questioning Inspector General Bolton on Wednesday, Rep. Zoe Lofgren revealed that a Capitol Police officer had radioed units outside of the building on the morning of the attack and told them that they should not be “looking for any pro-Trump [people] in the crowd,” “only looking for any anti-Trump” demonstrators, according to an internal investigation.

Bolton said he had yet to review the reports of internal investigations into the conduct of about three dozen officers on Jan. 6, many of which are ongoing in the department's Office of Professional Responsibility, or OPR. A committee aide declined to disclose additional details from the investigation but emphasized that Lofgren's panel “is recently in receipt of new documents and emails related to the Jan. 6 insurrection, including materials which brought to light these issues the Chair asked the (inspector general) about today. The committee is continuing to review those documents and emails and intends to review the relevant recorded audio when it is available.”

A Capitol Police official told Politico that the radio communication Lofgren described involved “a Capitol Police command official who told officers simply to be on the lookout for counterprotesters because that is often where we have clashes between both sides. This is not, and was never, under investigation by OPR,” the official said, adding that the radio message was delivered at 8 a.m. “well before there were any issues with anybody in the Capitol.” Although the details are still disputed, Lofgren’s comments are the first insight into specific concerns about the conduct of Capitol Police on the day of the insurrection. Neither Lofgren nor the department identified the official. The Capitol Police have acknowledged ongoing investigations—including the fact that six officers were suspended for their particular actions—but have provided no updates since they began months ago.

As Politico notes, despite initial images of some Capitol Police officers posing for selfies with some of the January 6 rioters and apparently waving the crowd through the building, footage showed “savage hand-to-hand combat in which outnumbered police were attacked and beaten, pepper sprayed and bludgeoned with poles, batons and even a hockey stick and a skateboard,” and while inside the building, “police beat back fierce crowds attempting to breach the rooms where lawmakers were being evacuated.”

Last month, Trump was sued by two Capitol Police officers who battled the angry mob he sicced on the Capitol; they demanded damages for the physical and emotional injuries they say they suffered during the attack. In the federal lawsuit, officers James Blassingame and Sidney Hemby argue that for months the 45th president whipped his supporters into a frenzy over baseless election claims which culminated in the insurrection that left five people dead. While that was the first suit brought by Capitol Police officers against Trump, it is likely not the last. Patrick Malone, an attorney representing Blassingame and Hemby, told The Washington Post that he expects other officers who sustained injuries to file their own litigation. According to Politico, approximately 138 Capitol Police and D.C. police officers were assaulted on January 6, with some receiving severe injuries. One died hours later, reportedly as a result of a pair of strokes, and two died by suicide following the attack.

— Inside the Messy Breakup of an OnlyFans Model and Her Über-Wealthy Boyfriend
— Wyoming Tells Donald Trump Jr. to Sit Down and STFU
— A Wave of Displaced New Yorkers Is Upending the Hamptons Social Order
— How a Group of Rich Memphians Acted on Trump’s Big Lie During Capitol Attack
— Prosecutors Are Lining Up Witnesses in Trump Investigations
— Republicans Brave Plan to Stop Mass Shootings: Do Nothing
— Next-Level Harassment of Female Journalists Puts News Outlets to the Test
— Six Photographers Share Images From Their COVID Year
— From the Archive: American Nightmare, the Ballad of Richard Jewell
— Serena Williams, Michael B. Jordan, Gal Gadot, and more are coming to your favorite screen April 13–15. Get your tickets to Vanity Fair’s Cocktail Hour, Live! here.