content-header__row content-header__hed” data-testid=”ContentHeaderHed”>Seven Essential Listens From the Indigenous Podcasting BoomFrom Indigenous feminism to the real story of Thanksgiving to a de-colonialist take on Star Trek, these podcasts show how the issues facing Native people affect all Americans. 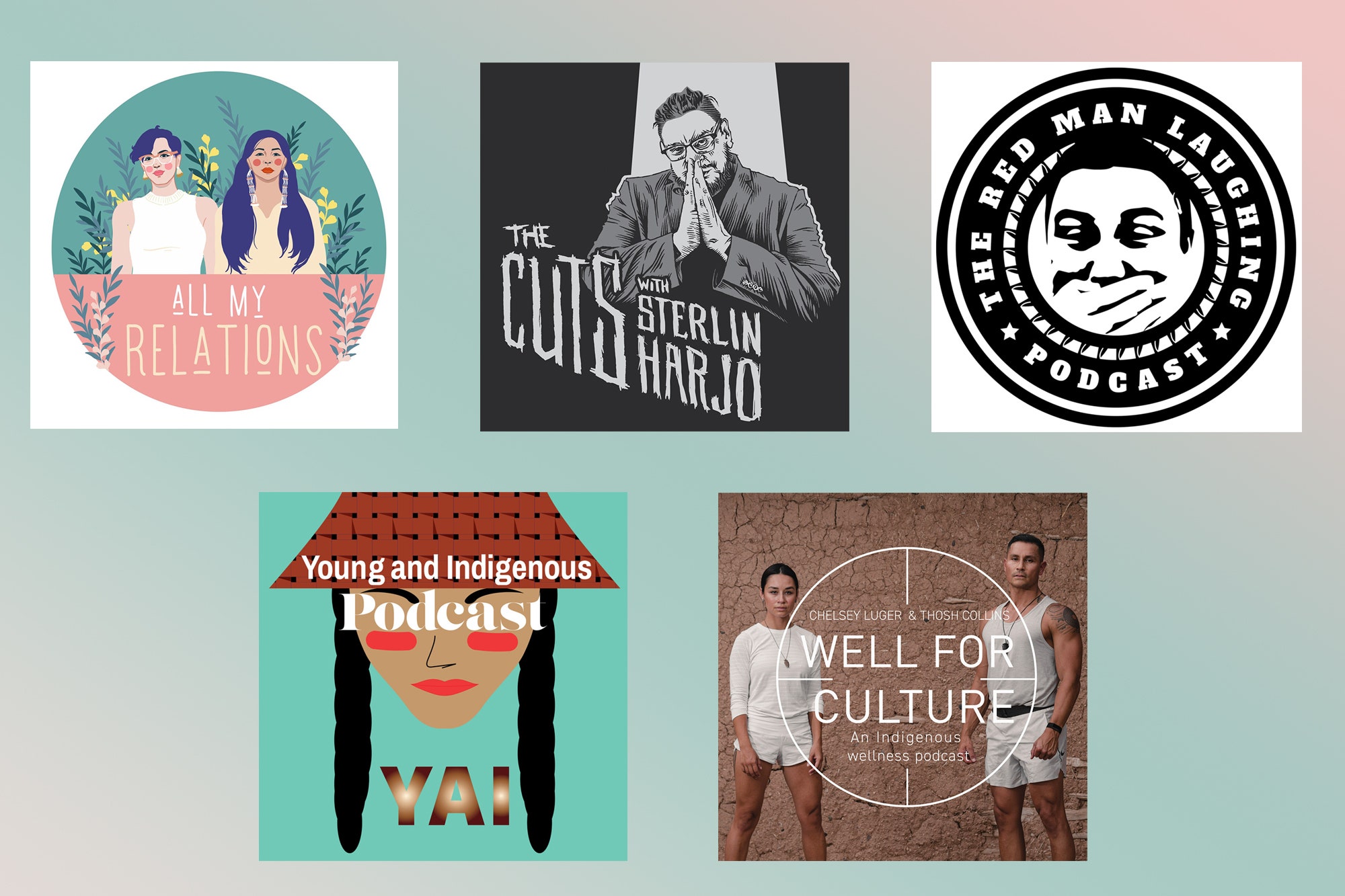 When Adrienne Keene and Matika Wilbur decided to start a podcast about the most important issues facing Indigenous communities today, neither had experience working in audio—but they had a lot of experience telling stories.

“I feel like I’m an orator,” said Wilbur, who is a photographer and filmmaker from the Swinomish and Tulalip tribes. “I come from a tradition of people who believe in storytelling and using their voices. And I think even though we’re using a new medium—we’re not coming together in a longhouse to tell the story—we’re still carrying on that tradition, and I feel good about that.”

Keene, a professor at Brown University and a citizen of the Cherokee Nation, has written about misrepresentations of Native people on her popular blog, Native Appropriations, since 2010. She said that after nearly a decade of blogging, she sensed a cultural shift in the conversation about Native communities that she was eager to engage with in a new format.

“It came to a point where I didn’t have to be constantly tearing down all these misrepresentations,” Keene said. “There was space to be more generative and move these conversations into, what kind of world do we want to build outside of these misrepresentations? How can we talk about the future that we want together and to really showcase to Native communities and non-Natives what it really means to be a contemporary Indigenous person in all its complexities?”

Marked by their empathetic, curious interviewing style and the distinct ability to make even the most complex topics feel accessible, with their show All My Relations, Keene and Wilbur have quickly carved out a space in the rapidly expanding arena of Indigenous podcasts. They were inspired by shows like Red Man Laughing, hosted by Anishinaabe comedian Ryan McMahon, and The Cuts, hosted by filmmaker Sterlin Harjo, which indicates just how quickly the Indigenous podcasting scene has grown. Red Man Laughing only launched in 2013, but McMahon’s success in part led to the creation of Indian & Cowboy, the world’s first member-supported, Indigenous podcast network. Now in its sixth year, Indian & Cowboy boasts a roster of six original podcasts, with plans for expansion in 2021.

“I’ve been so excited to see how many Native podcasts are coming out,” says Keene. “It feels like there is new content all of the time, which is always what we wanted. I never want to be the only voice on anything, and I think it’s a beautiful thing to see how many different perspectives can be in the podcast arena.”

Since launching All My Relations in 2019, Keene and Wilbur have interviewed over 30 Native artists, scholars, activists, and friends about topics including food sovereignty, Native mascots, blood quantum, queerness, Indigenous feminism, and how healing land can heal the body. In their most recent episode, Wilbur and Keene sit down with Wampanoag scholars Paula Peters and Linda Coombs to tackle the distorted, settler-focused story of American Thanksgiving and to center the Indigenous perspective on the holiday. It’s a critical yet compassionate conversation rooted in the idea that only through honestly acknowledging our past—as a nation, as communities, and as individuals—can we come together to create a better future.

And there’s a younger generation picking up that conversation too. Young and Indigenous is produced by Isabella James, Michelle Polasky, Kyla Polasky, and Eliza Julius, all aged between 19 to 25 years old. As members of the Lummi Nation, a self-governing tribe in Washington State, they were approached by Children of the Setting Sun to create a podcast as a means to explore current events in the Lummi community and to share the voices of young Lummi Tribal Members. Through interviews with elders and teachers, YAI explores topics such as connecting with ancestors, exploring Indigenous identity, and spiritual wellness.

YAI can also get highly personal, as in one episode when James documents the vulnerable process of learning the Lummi language from her brother. “I personally think it's important to share my parts of my life, because I’ve been through a lot in my life,” she said. “For part of my life, I didn’t have a voice and I couldn’t be heard…I didn’t learn a lot about my culture growing up, but I am now, and I think it’s so important to tell people what we’re learning.”