content-header__row content-header__hed” data-testid=”ContentHeaderHed”>The Particular Bravery of Elliot Page’s Oprah InterviewFor a lot of us trans people, early transition is so awkward that it can feel like a time to hide. Page spoke up at one of the hardest moments in his life because he knows how much is at stake. 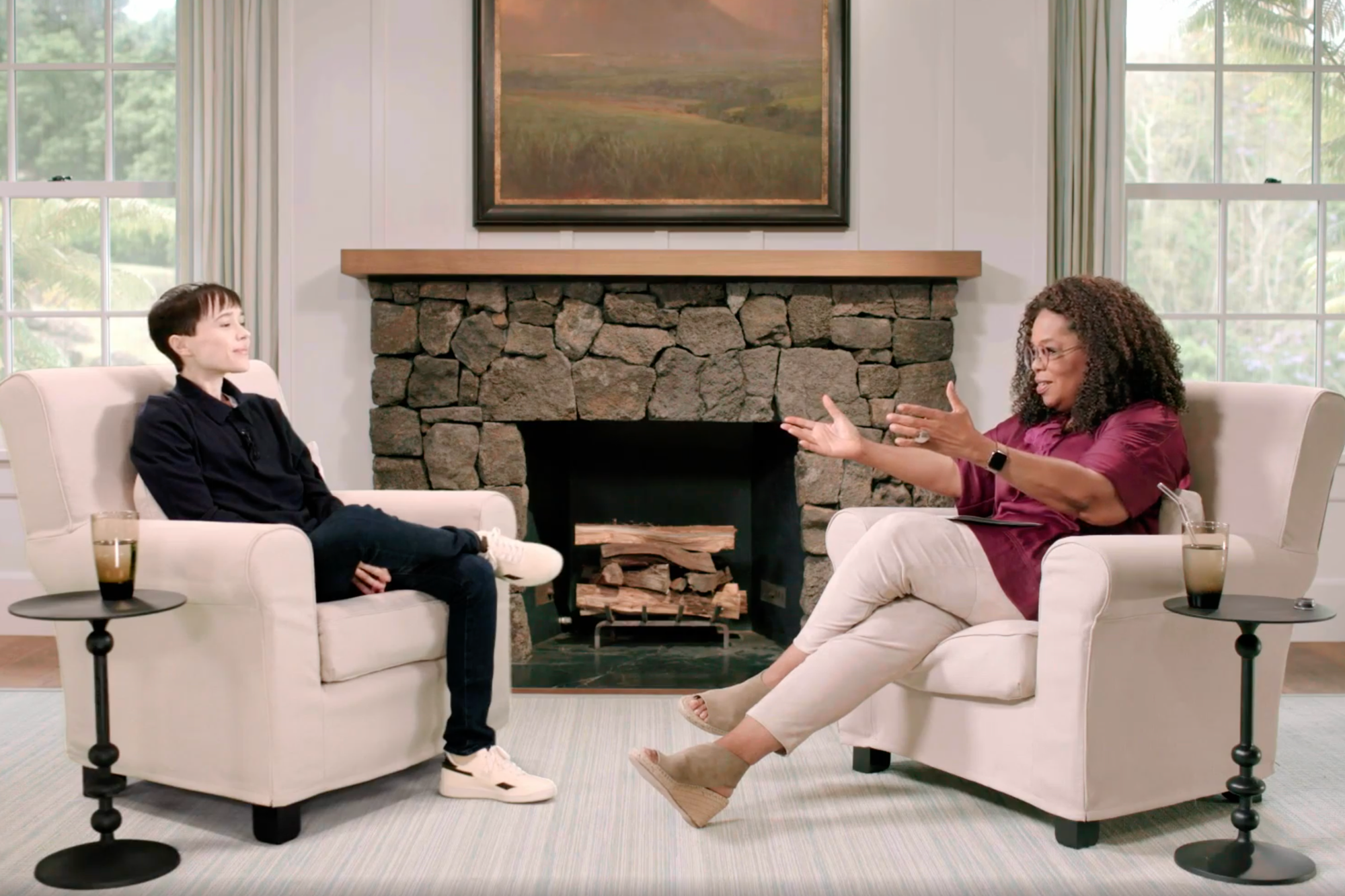 In his interview with Oprah Winfrey, Elliot Page explained exactly where his transition is: He’s “in process,” trying to “settle into his body” and into his life as a transgender man. He also told Oprah why he’s doing a high-profile interview during such a tender, unsure time: “It’s the right thing to do” to use his visibility as a celebrity to speak up for a trans population currently facing a tsunami of newly introduced anti-trans legislation, more than 80 bills across two-dozen states. He specifically wants to speak up for all the transgender youth who don’t have access to a platform like his.

Page is early in his transition right now. Here’s what that means: Early transition is the period in a trans person’s life when they’ve accepted they are trans, but only recently begun to access medical and social avenues that will transform the way they present themselves in the world. It’s a notoriously awkward phase, often referred to by the community as a second adolescence.

For most trans people, this period is a time to hide. In the interview with Page, Oprah asks him about doing his transition so publicly by mentioning Janet Mock and Laverne Cox, whose transitions happened long before they were in the public eye—but many trans people who were already famous, such as Caitlyn Jenner and Lilly Wachowski, attempted to quietly pursue early transition outside the public view, before eventually reentering the spotlight in the way they wanted to be seen.

Page has chosen not to take that route, but it’s not because he doesn’t feel awkward, anxious, and unsure. You can see that in his body language, and hear it in his voice, which trembles from time to time—and you can also hear it very straightforwardly in his actual words when he answers Oprah’s question about navigating transition in the public eye. “This is all very new,” he says. “I feel I’m just getting to settle into my body…. I’m not necessarily entirely sure at this time.” Page is not hiding anything. It is just as he says it is.

Like Elliot Page, I’m a transgender man. I started hormone therapy six years ago, and I’d heard people say transition was like a second adolescence, but I didn’t appreciate what that would mean until I went through it myself. It wasn’t simply that my body and voice were changing; my skin was oily, and I looked like neither fish nor fowl (though, of course, all of that was true). It went much further than that. At 36, I suddenly didn’t know how clothing would fit me, or what my style should be. I felt everyone was looking at me, evaluating my appearance, and judging how well I measured up to their idea of a man. Middle-school insecurities became present and real again. How should I sit? How should I stand? How should I talk? What were people thinking? Did they think I looked like a girl? Were they laughing at me behind my back? Should I lower my voice? Could everyone hear that I was lowering my voice? It was, absolutely, a time of deep joy and relief that I could finally be myself. At the same time, it was the second most self-conscious and unsure I’ve ever felt (actually, being 14, with a body that felt profoundly wrong, was still by far the worst).

A paramount frustration of being transgender is in not being believed when we tell people the simple truth about ourselves. People pick us apart, scrutinize our appearances, then hold up any scrap of supposed evidence as proof that things are not really as we’ve said they are. So I expect certain people will look at Page and project onto the anxiety and fear of his second adolescence some sort of deeper meaning, predictably one that undermines his identity as a transgender man. Trans people have grown used to this twisting of how we look and what we say. We’re used to people implying we’re inauthentic, mentally ill, or dishonest. But there’s nothing more to Page’s awkwardness or anxiety than what he’s told us about himself. Page, at 34, is in process. He’s exploring who he is. He’s 14 again, but this time he gets to be the boy he always felt he was inside. It’s not the prettiest process in the world, to have to go through second adolescence in your mid-30s. Page is speaking out now because he perceived, correctly, that the trans community didn’t have the luxury of waiting a year or two or three before he could present himself, perfectly styled and poised, as a man. He’s coming to us as he is, second adolescence and all, because conservative legislators are making trans rights their wedge issue right now. We’re lucky to have him. Believe him when he tells you why he’s here.