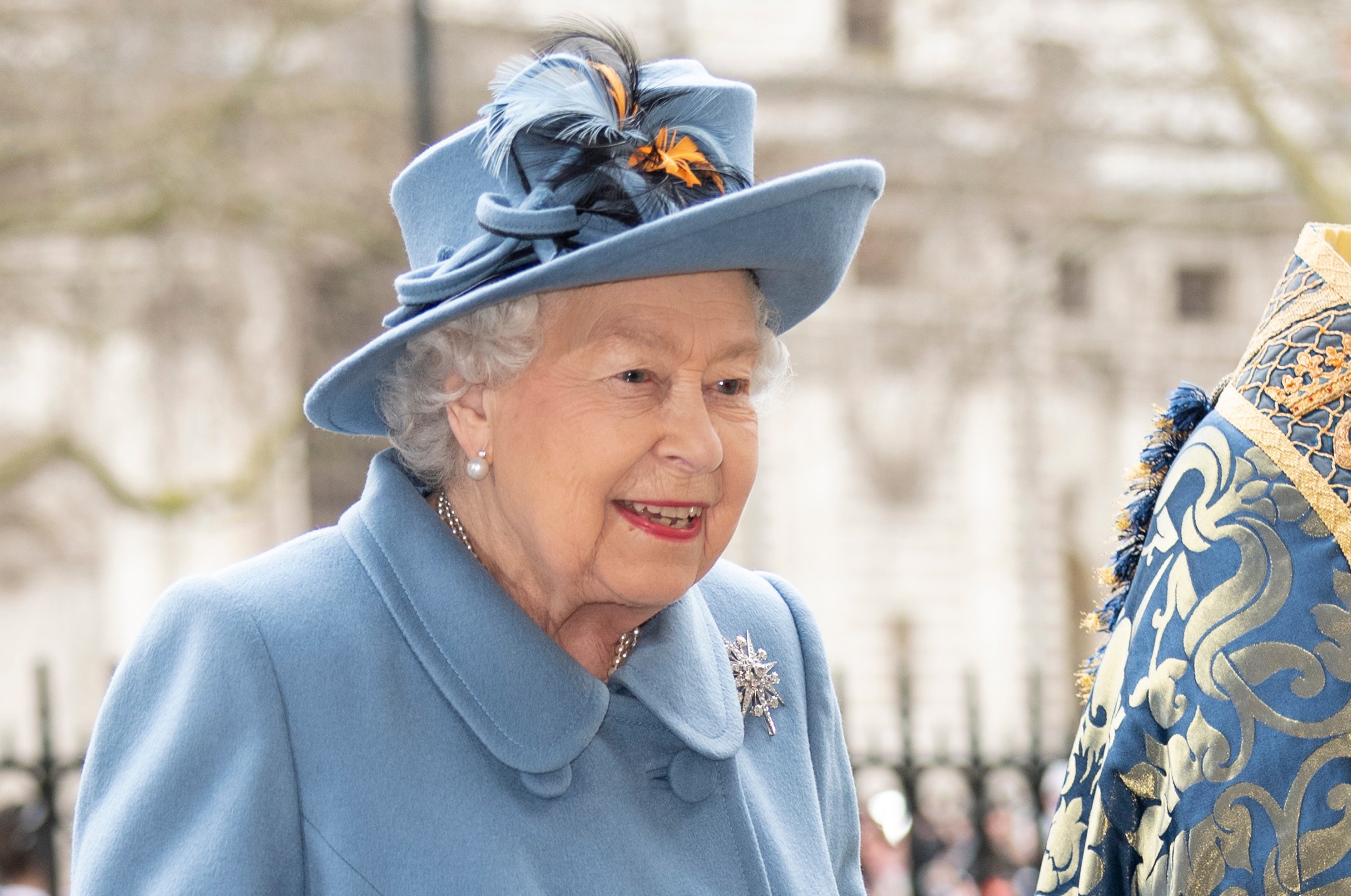 Even though Queen Elizabeth is currently sheltering in place at Windsor Castle, she’s been relying on technology to keep up her royal duties. This week, she even took advantage of her adeptness with video calls to see a few places she might not otherwise be able to visit. On Sunday, the royal family’s Instagram account shared photos from calls she made to three winners of the Commonwealth Points of Light Award, which turned into her first ever virtual concert and her first virtual tour.

The queen wore a modish red and purple colorblock shift, a repeat from one of her last in-person events before the country’s first lockdown in March. “Thank you all for taking part in this program,” she said, according to Sky News. “I’m delighted to have heard your stories and I think it’s wonderful work that you’re all doing, and volunteering so much.”

A children’s orchestra from Cyprus led by winner Nikoletta Polydorou played a song to honor the queen’s 73rd wedding anniversary last week. “Thank you for letting me hear that, she said in response, according to the Sun. “That was very nice.”

She spoke to Len Peters, a turtle conservationist from Trinidad and Tobago who has helped transform the country into a nesting site for leatherback turtles. She asked Peters about his experience as a featured guide in Blue Planet 2 by the queen’s longtime friend David Attenborough. Also joining on the call was Ruy Santos, who founded a collaborative workspace in Mozambique for youth job training. He showed the queen around his space and explained how it was transformed into a soup kitchen to feed 6,000 people a day during the height of the country’s COVID-19 crisis and gifted her a hand sewn mask made from the country’s traditional fabrics.

Ever since February 2018, the queen and representatives of the British government have selected one person per week from around the 54 Commonwealth countries to receive the Points of Light Award for their community service. Earlier this month, winners of another one of her Commonwealth initiatives, an annual essay contest, were rewarded in a virtual ceremony, where Camilla, Duchess of Cornwall, appeared on behalf of her mother-in-law.