content-header__row content-header__hed” data-testid=”ContentHeaderHed”>Will Biden’s All-Women Press Team Bring an End to the Chaos?After a string of disastrous relationships between the White House and the press, Biden’s incoming operation may bring a welcome shift from the Trump years. 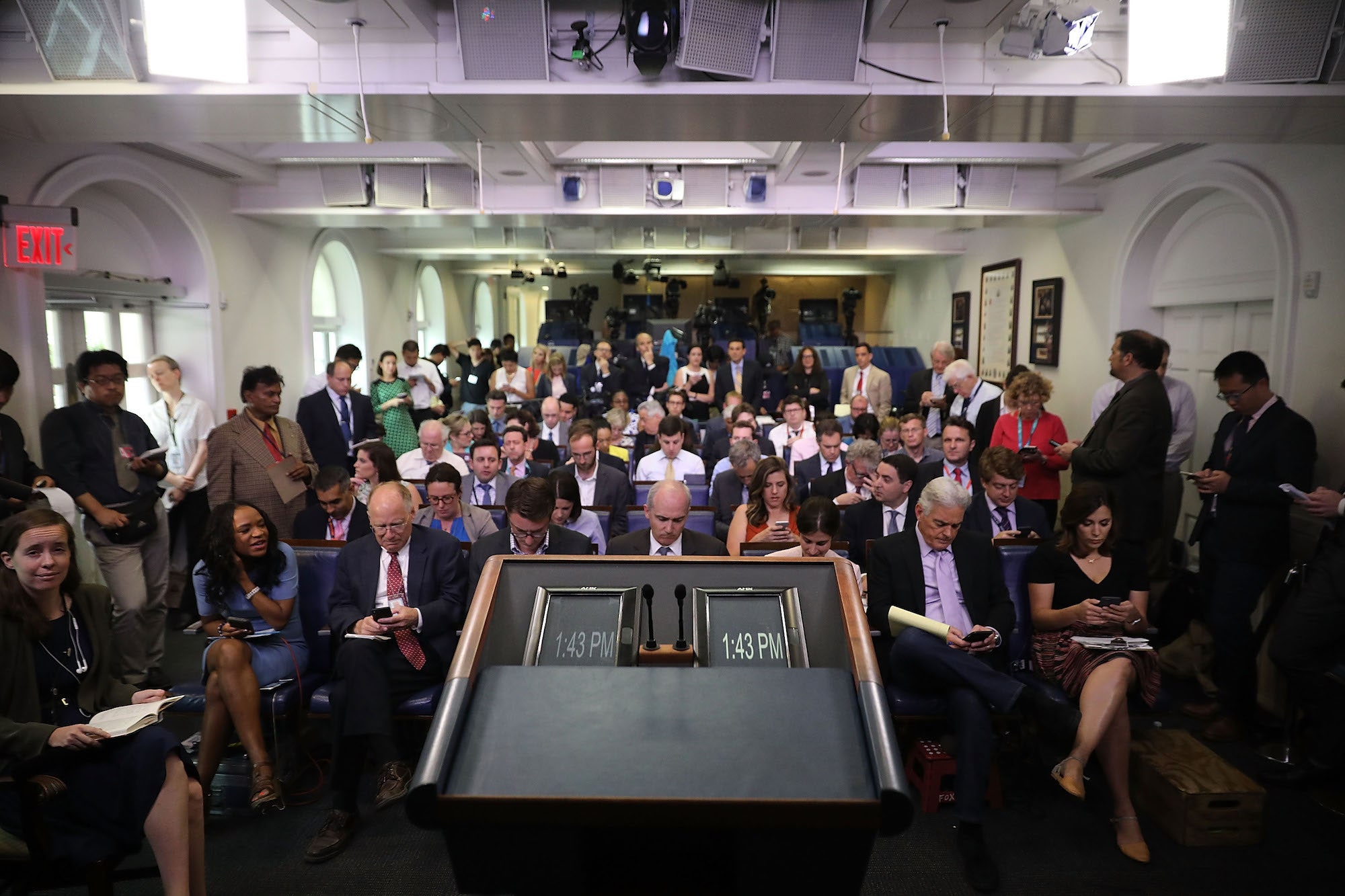 Reporters wait for the arrival of White House Press Secretary in the James Brady Press Briefing Room on June 23, 2017.by Chip Somodevilla/Getty Images

President-elect Joe Biden announced an all-female senior communications team on Sunday, including several women of color, an operation that reflects Biden’s pledge to fill the upper ranks of his administration with more diverse leadership. The team will be led by Jennifer Psaki, a veteran Democratic spokeswoman who served in the Obama administration, as White House press secretary, and Kate Bedingfield, who served as Biden’s deputy campaign manager, as White House communications director.

For the first time in history, all of the top aides shaping the White House message and speaking on its behalf will be female, a change that will in itself shift political and government coverage, which is often dominated by male voices. "The odds are very high that if it's a story about the Biden administration, any aspect of it, at least one quote in the story will be from a woman," said Anita Dunn, a senior Biden campaign adviser.

“Communicating directly and truthfully to the American people is one of the most important duties of a President, and this team will be entrusted with the tremendous responsibility of connecting the American people to the White House,” Biden said in a statement on Sunday, already breaking with the Trump administration’s use of the podium to attack the press and push misinformation. Biden’s team could bring a welcome change to briefing room dynamics as they have been under Trump, a tone Psaki seemed to set on Twitter Sunday evening.

The incoming communications operation could usher in a more stable relationship between the White House and the press, following a series of disastrous relationships in the Trump era. Sean Spicer, Trump’s first White House press secretary, lied about crowd sizes on day one of the job, and the White House at one point went more than a year without holding a formal daily briefing. McEnany has lately acted more as a Trump campaign surrogate than her taxpayer-funded position, publicly pushing the president’s election lies. Other Trump press secretaries, as the New York Times notes, “used it as a tool to spread falsehoods and cater to the proverbial audience of one who was often watching and grading their performances from the television set in the dining room off the Oval Office."